A suspected thief received the beating of his life after he was caught for allegedly snatching a motorcycle in Okigwe, Imo State.

According to online reports, an alarm was raised after the suspect snatched the motorcycle and tried to run away with it. Residents in the area who quickly mobilized themselves caught the suspect after they gave him a hot pursuit.

The suspect who was later handed to the police was beaten mercilessly as he tried escaping from being lynched. 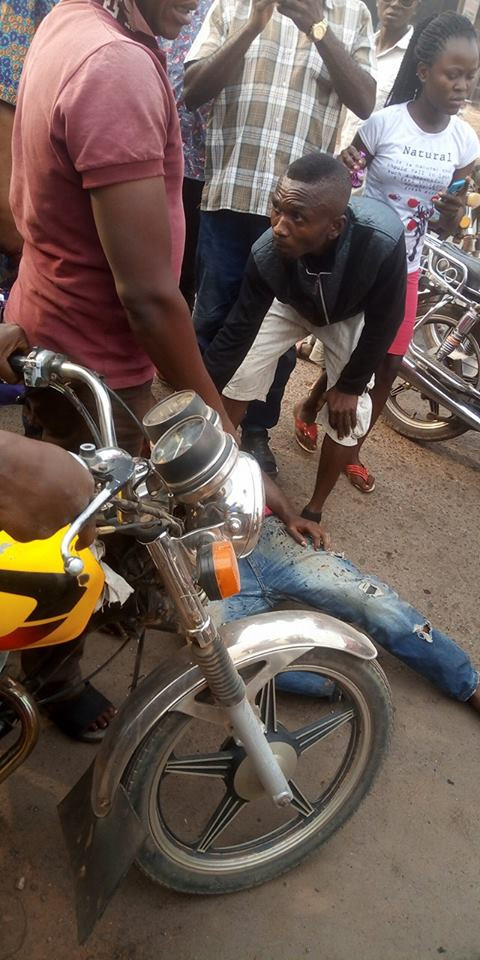