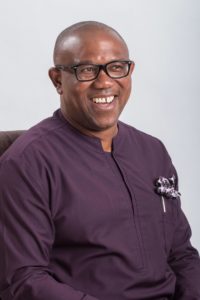 A new date would soon be announced for the Townhall meeting that is to come before the end of January 2019.

The general public is hereby notified that the Townhall meeting featuring His Excellency, Mr Peter Obi, the Vice Presidential candidate of the People’s Democratic Party (PDP) and the Atiku/Obi Team that was scheduled to take place on Monday January 14, 2019 at Robert Treat Hotel, Newark, New Jersey. USA has been postponed. The new date would soon be announced but it is expected to come before the end of January, 2019.

The event was “…postponed to allow Mr. Peter Obi the opportunity to participate in PDP campaign rallies in the South (of Nigeria)…” as stated by Mr Georges Ekwensi, a coordinator of “Friends of Peter Obi”, a group of Mr. Obi’s friends who put together the Townhall meeting amongst other things to support their friend, Mr. Obi.

For more information on this, please, reach Georges Ekwensi/”friends of Peter Obi” via FriendsOfpeterObi@Gmail.com.