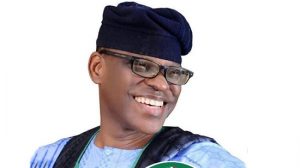 Chieftains of the All Progressives Congress and the Peoples Democratic Party in Ondo State have commenced lobbying to be picked as running mates to the parties’ respective governorship candidates.

Incumbent governor, Rotimi Akeredolu, SAN, emerged as the candidate of the APC, while Mr Eyitayo Jegede, got the PDP ticket.

It was gathered in Akure, on Sunday, that the two major political parties were lobbying their candidates to pick their running mates from Ondo South Senatorial District.

In the APC, for instance, it was learnt that aspirants, who were aware of the party’s position, had joined the lobby in order to brighten their chances, while some had taken their case to party chieftains outside the state.

A source in the APC confirmed the development, explaining that some of the former aspirants, who lost to Akeredolu in the just concluded party primary, were the most visible.

The source, who spoke on condition of anonymity said, “One thing that is certain is that the running mate will come from Ondo South, but we have a lot of them, who are seriously lobbying. Even some of the governorship aspirants are among them.

“But we have seen the governor reserved the slot for the national leadership of the party to pick for him and he has kept silent about it.”

Similarly, many PDP chieftains from the southern senatorial district are in the race to be picked as running mate to Jegede.

There have been calls from within the party at the state and national levels for the candidate to settle for the current deputy governor, Mr Agboola Ajayi.

However, there are concerns in some quarters that Ajayi is unlikely to accept the offer if certain conditions are not met.

The National Chairman of the PDP, Mr Uche Secondus, had told WE4WE REPORTS that the candidate would be given a free hand to choose his running mate.

The spokesman for the Eyitayo Jegede Campaign Organisation, Mr Gbenga Akinmoyo, while reacting to the development said, “Jegede has been consulting widely with the party; he doesn’t want to choose alone. He will announce his running mate any time soon.”