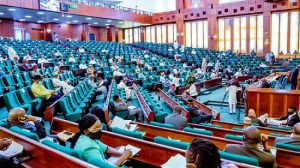 The House of Representatives has called on President Muhammadu Buhari to order a partial reopening of schools to allow pupils sit the 2020 West African Senior Secondary School Certificate Examination.

The House called on Buhari to overrule the Minister of Education, Adamu Adamu, and allow pupils to sit the examination.

The House made the call at plenary on Tuesday following a unanimous adoption of a motion moved by Mr Nnolim Nnaji, with the Deputy Minority Leader, Toby Okechukwu; Chairman, House Committee on Basic Education and Services, Prof. Julius Ihonvbere; Awaji-Inombek Abiante, Usman Abdullahi, Abubakar Abdullahi and Bukola Oyewo, as co-sponsors.

The Committee on Basic Education and Services had on Friday faulted the decision of the Federal Government to suspend the plan to partially reopen schools for pupils in final classes to take external examinations.

The committee criticised the decision to disallow Nigerian pupils from sitting the WASSCE to be conducted by the West African Examination Council for the 2019/2020 academic session.

The House, while adopting the motion, “urge the President of the Federal Republic of Nigeria to reverse the decision of the Federal Ministry of Education withdrawing Nigeria from participating in the West African Senior School Certificate Examination and other similar examinations.”

The lawmakers also urge the minister to “immediately implement the health safety measures outlined by the Federal Executive Council for the conduct of examinations as well as provide soap, hand sanitizers and all other requirements stipulated by the NCDC.”

Similarly, a legal luminary and the founder of the Afe Babalola University, Chief Afe Babalola, said on Tuesday that the cancellation of the 2020 West African Senior School Certificate Examination by the Federal Government was capable of breeding frustration and promoting criminality among the 1.5 million pupils, who registered for it.

Babalola advised that rather than cancelling the examination, the Federal Government should let it hold in various school halls in addition to fashioning ways to ensure compliance with the COVID-19 protocols.

The ABUAD founder, who spoke in a statement titled, ‘Nigeria’s non-participation in the 2020 WASCE: Irreparable damage’, stated, “A year of idleness for 1.5 million people may breed frustration and promote criminality.

“If the Federal Government insists that there will be no WASSCE this year, the students are not just losing one calendar year, but losing an integral part of their entire lives, which is gone forever by such a declaration. We should always remember that after all, ‘time is life and life is time’.

“The Federal Government should allow the WASSCE to take place in empty spaces, which are wasting away in our tertiary institutions, secondary schools and elementary schools, which can conveniently accommodate them with a lot of social distancing and due compliance with the World Health Organisation’s rules.

“Did the minister (of Education) take into consideration the moral and legal implication of Nigeria as a signatory to WAEC laws or the effect of such a unilateral declaration of withdrawal?”

Meanwhile, the Federal Government has met with the West African Examination Council to resolve the controversy surrounding the stoppage of students from partaking in the West African Senior School Certificate Examination slated for August 4 to September 5 due to the COVID -19 pandemic.

Although the details of the meeting held in Abuja on Monday were still sketchy, WE4WE REPORTS earnt that a new date would be announced for another meeting, fuelling insinuations that it might have ended in a deadlock.

The Permanent Secretary, Federal Ministry of Education, Sonny Echono, spoke to our correspondent on the meeting between the National Parent-Teacher Association and the Federal Government.

Echono, in a text message sent to our correspondent by 11.47pm on Monday, said, “We met today (Monday) with WAEC and new dates will be announced soon. A lot depend on me, you and fellow citizens taking responsibility to bring down the rate of spread and ensuring that our school teachers and students get what they need to open safely.”

When asked on the outcome of the meeting and if there was any hope that the government would change its earlier decision and allow SS3 students partake in the WASSCE the permanent secretary said, “Please read first part of my text.”