Over 70 people have been confirmed dead in a fatal accident involving two buses on the Jema-Techiman road on the Tamale highway in the Bono East region after a VVIP bus crashed with a Tata bus.

The incident, which happened in the early hours of Friday between 1:30 and 2:00 at Ampomakrom, also lead to 40 others passengers sustaining various degrees of injuries, with some in critical conditions. 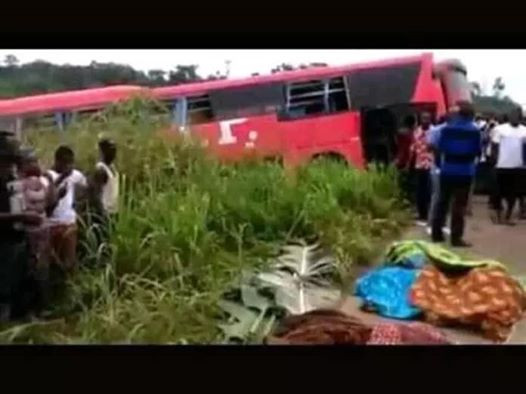 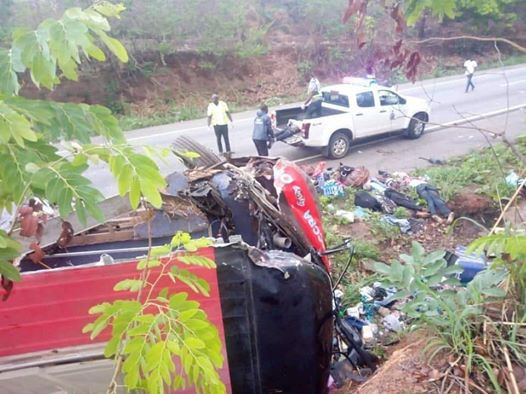 The Tata bus has burnt into ashes, including some passengers and some others could not be indentified as results of the shredded bodies.

“Reports so far gathered indicate that the driver of the VVIP buss loaded from Garu heading towards Kumasi, who has been burnt to death was dozing, however, some of the passengers alerted him to park off and rest for a while but he declined, leading to the cause of the accident,” he said.

“The police and Fire Service personnel are at the scene to control traffic,” he added.
Others in critical conditions have been transported to Jema, Kintampo and Techiman hospitals for emergency treatments.