The 35-year-old who represented eight clubs during an 18-year career last appeared for Ipswich back in September and has spent the last six months of the sidelines after rupturing his Achilles in a goalless draw at Bolton.

‘I am now retired from playing football. It’s been epic. Veni vidi vici.’ 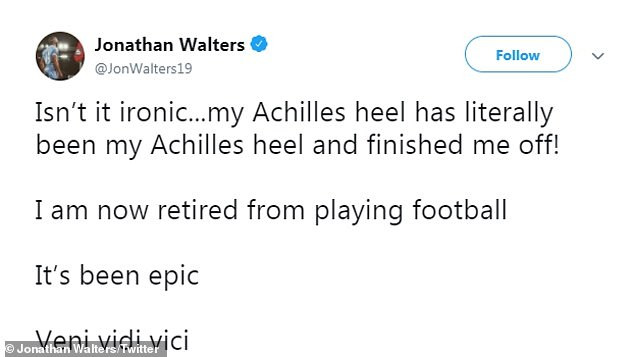 Here is Walter’s career below.