One student was killed and 8 others were injured when two people opened fire at the STEM School Highlands Ranch, Colorado. It has now been revealed that one of the two suspects arrested in connection with the school shooting is a girl who is transitioning into a boy.

The shooting started in the high school just before 2 p.m., authorities said. The suspects walked into the school, and “got deep inside the school,” engaging students in two separate classrooms, Douglas County Sheriff Tony Spurlock said. 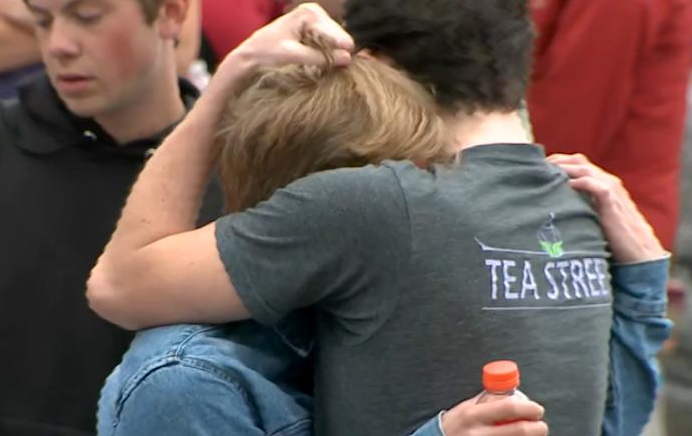 Sheriff Tony Spurlock said on Wednesday that the minor was a girl and that his officers had mistaken her for a boy because of her appearance.

The student who was killed in the school shooting is an 18-year-old male. He had been set to graduate from the school “in three days” at the end of the school year. 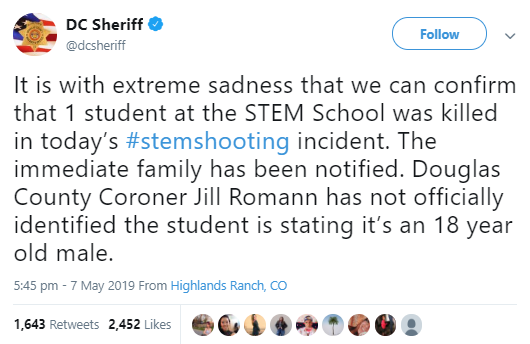 Of the eight students who were injured, Spurlock said three of them were still in intensive care in a regional hospital Wednesday, while the others had been discharged. 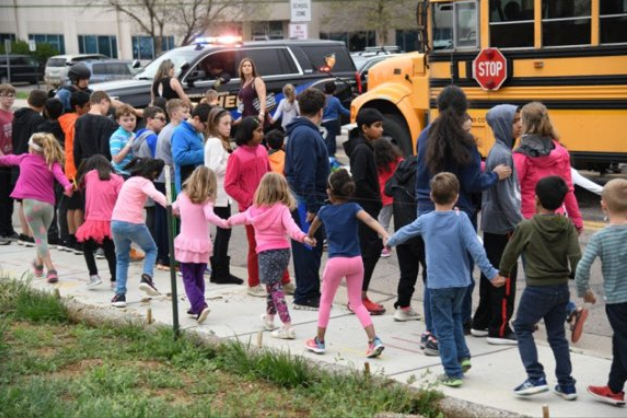