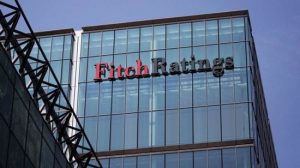 Fitch Ratings has said the coronavirus pandemic and the oil price shock have caused a severe impact on credit rating in Nigeria and some other sub-Saharan African countries.

It stated this in its report on Monday titled ‘Outlook on Sub-Saharan sovereigns is negative.’

The report said, “Fitch forecasts the median real gross domestic product for rated SSA sovereigns will contract by 2.1 per cent in 2020, before returning to growth at four per cent in 2021, which is barely above trend growth.

“The global shock has had a strong impact on the SSA region via commercial and financial linkages, and domestic containment measures – with many countries imposing lockdowns and curfews – have caused severe disruption to economic activity in many countries.

“The shock has hit the main African oil exporters –Angola, the Republic of Congo, Gabon and Nigeria – particularly hard given their high reliance on oil revenue for fiscal and external financing and the indirect dependence of the non-oil sector on oil revenue.”

Fitch said countries with a concentration on tourism, particularly Cabo Verde and the Seychelles, had also been badly affected.

It noted that the coronavirus pandemic and the oil price shock it triggered had had a severe impact on sovereigns in sub-Saharan Africa, which led to rating downgrades on seven of the 19 rated SSA sovereigns since the beginning of March 2020.

“Four sovereigns in the region have negative outlooks on their rating, which is unusually high, pointing to continued downside risks to ratings,” it said.

The credit agency explained that only Cote d’Ivoire carried a positive outlook.

According to Fitch, the fall in revenue, combined with additional spending from the healthcare sector would lead to a surge in deficits and debt levels in 2020, and debt would continue to rise in 2021 for a majority of countries.