Belgian striker, Divock Origi was the unlikely hero as Liverpool pulled off the greatest semi-final comeback in Champions League history with a 4-0 second-leg victory to complete a stunning 4-3 aggregate triumph against Barcelona.

Before the game, the odds were stacked heavily against Liverpool after both Mohamed Salah and Roberto Firmino were ruled out with injury following a 3-0 first-leg defeat last week in Spain.

Divock Origi however gave Liverpool hope with a seventh-minute goal at Anfield before Georginio Wijnaldum scored two quick second-half goals to level the tie, setting the stage for the Belgian to strike the decisive goal 11 minutes from time. 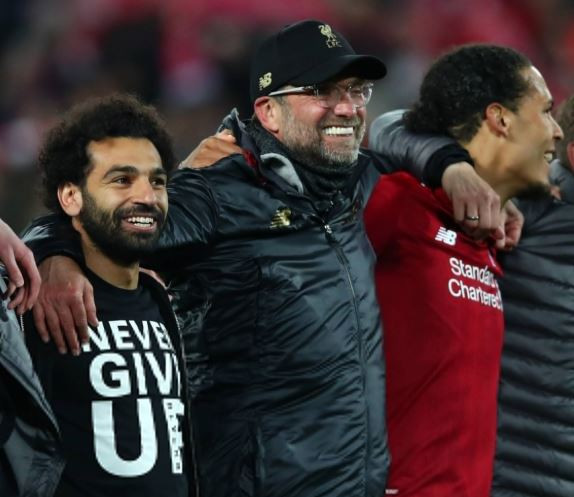 Despite the despondency of losing Salah and Firmino, Jurgen Klopp’s men never lost faith and were accompanied by a typically raucous Anfield atmosphere on a European night.

With this stunning victory, Liverpool will face Ajax or Tottenham in the final in Madrid on June 1.