Japanese emperor Akihito is stepping down from the throne after a three-decade reign and this makes him the first monarch to abdicate the throne in the country in 200 years.

Akihito, 85, who prayed to a Shinto sun this morning, starting a day of ceremonies to mark the end of his reign.

His abdication will be marked by a ceremony in the Imperial Palace’s prestigious Matsu no ma, or Hall of Pine, Mirror UK reports. About 300 people will attend and it is being broadcast live on television.

Attendees will include Prime Minister Shinzo Abe, Empress Michiko, Crown Prince Naruhito and Crown Princess Masako, as well as the heads of both houses of parliament and Supreme Court justices.

The monarch, who has had treatment for prostate cancer and heart surgery, said in a televised address in 2016 that he feared his age would make it hard for him to carry out his duties fully.

Akihito reported his abdication in sanctuaries inside the Imperial Palace, including one honouring the sun goddess Amaterasu Omikami, who mythology says the imperial line is descended from, and two others for departed emperors and Shinto gods.

Video aired on TV showed Akihito wearing a dark orange traditional robe and black headdress, walking slowly into the first sanctuary as a courtier in a white robe walked behind holding the train and another carried a sword. 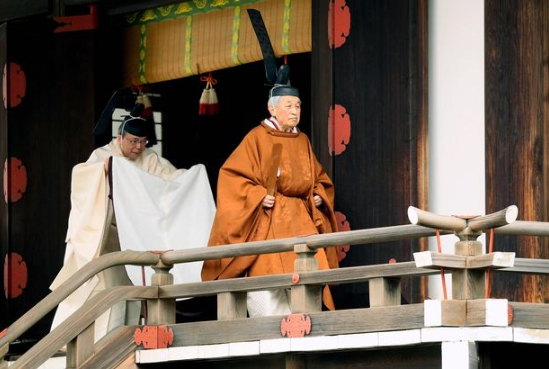 Ahead of the ceremonies, Japanese onlookers and foreign tourists gathered outside the palace amid tight security. 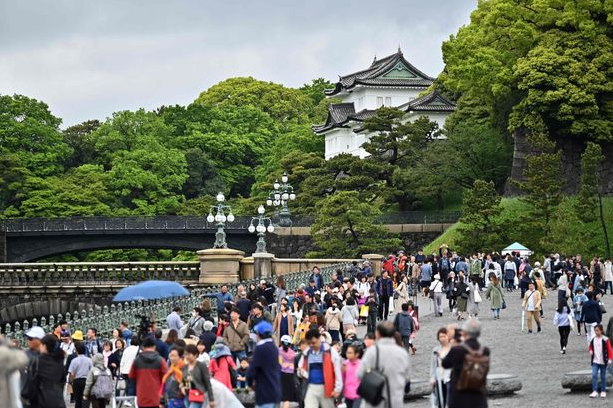 Akihito, who became emperor in 1989, together with Empress Michiko, his wife of 60 years and the first commoner to marry an imperial heir, carved out an active role as a symbol of reconciliation, peace and democracy. During his reign, Akihito sought to ease painful memories of World War Two and bring the monarchy closer to people. 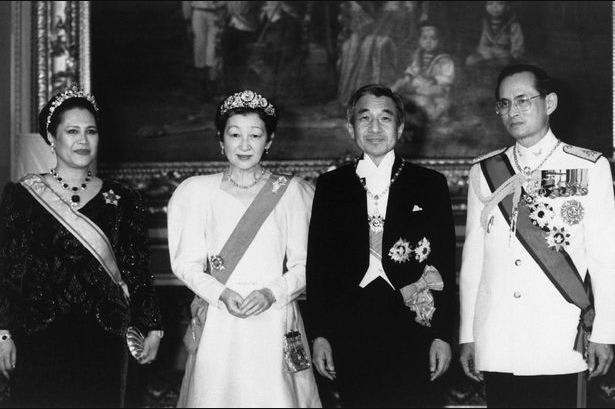 Police have tightened security near the Imperial Palace located in the heart of Tokyo. Several thousand police officers were being mobilised in the capital over the next few days, it is reported.