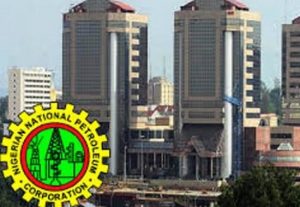 The order was sequel to a motion ex parte filed by a retired employee of the NNPC, Agada Agbo; and Ehason Salifu on behalf of 84 other ex-employees of the NNPC.

The case, with suit number, FCT/HC/CV/2079/2020, centres on the conduct of the election into the management of the cooperative which took place on June 30, 2020.

The applicants claimed that the election was fraudulent and was in contravention of the by-laws of the cooperative which makes no provision for online voting.

The plaintiffs, who claimed to constitute about 50 per cent of the voting bloc, said they pointed out that their members would be disenfranchised if online voting system was adopted but their observations were ignored.

They subsequently filed a motion ex parte restraining the NNPC cooperative and the registrars from the Federal Capital Territory Administration from recognising the newly-inaugurated leadership of the cooperative.

Justice O.C. Agbaza, who granted the prayers, adjourned the case till July 16 for hearing of the motion on notice.

The judge stated, “It is hereby ordered as follows: An order of interim injunction restraining the 1st (NNPC Cooperative), 2nd (Innocent Ajaefobi), 12th (Isah Jibrib) and 13th (Emmanuel Abenu), their agents, privies or servants, employees or whosoever and whatsoever name called from recognising, holding out and parading any person, body or group of persons as new management committee of the 1st defendant pending the determination of the motion on notice.”