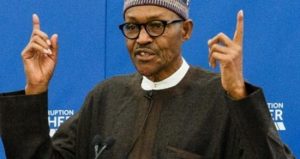 President Muhammadu Buhari has given an approval to the Federal Ministry of Aviation to stop all aides of public office holders and other very important personalities from gaining entry into airport terminals.

According to the Minister of Aviation, Hadi Sirika, all special assistants or personal assistants of VIP are no more allowed at airports when such persons are not travelling.

Sirika also declared that any passenger who fails to wear a face mask would not be allowed to board their flight as commercial activities resume fully on Wednesday, beginning with Abuja and Lagos airports.

The minister disclosed this at Monday’s briefing of the Presidential Task Force on COVID-19 in Abuja.

He said, “President Muhammadu Buhari has approved; and this is a very serious matter for us, that hitherto big men, especially military men, ministers, members of the National Assembly, governors and the judiciary are culprits.

“They have all these their PAs and SAs, who are not travelling and they insist on taking them inside up to the aircraft. This will not be allowed; it will not be permitted and they will be stopped.”

According to him, firearms are not allowed at airports.

On whether there would be physical distancing in airplanes, Sirika explained that it was very safe to be in the aircraft cabin, describing the air inside airplanes as fresh, clean and already purified.

The minister said unruly passengers would not be allowed to fly as no pilot would fly a plane carrying an unruly traveller.

The minister said the last cabin row in every aircraft would be reserved as isolation centre in case any passenger eventually exhibited COVID-19 signs.

Sirika also stated that operators in the aviation sector including airlines and ground handling companies  would get loans at five per cent interest rate beginning from 2021.

He noted that the loans were being worked out with the finance ministry and the Central Bank of Nigeria, adding that when the facility is set for disbursement, it would be made public.

Meanwhile, the House of Representatives Committee on Aviation on Monday visited the Nnamdi Azikiwe International Airport Abuja to inspect the level of preparedness of the facility.

That was made known through a statement, titled ‘Airport Reopening:  Nnaji Calls for Adherence to Safety Protocols’, issued on Monday by Titus Agbo, media aide to the Chairman, House Committee on Aviation, Mr Nnolim Nnaji.

The statement quoted Nnaji as stressing the need for every passenger to strictly observe the safety protocols put in place by the Federal Airports Authority of Nigeria.

Nnaji, while speaking to our correspondent on the telephone, said he was satisfied with what he saw during the oversight visit.