Bayern Munich stars, Robert Lewandowski and Kingsley Coman reportedly came to blows during the club’s training session on Thursday and had to be separated by their team-mates.

According to Bild, the pair got into a heated confrontation as Bayern prepare for Sunday’s visit to Fortuna Dusseldorf and exchanged punches during the fracas. The Polish striker and French winger had to be separated by defenders Jerome Boateng and Niklas Sule.

Lewandowski was said to have made a comment to Coman that infuriated the French star, which saw them exchanged words and then blows, with punches aimed at one another’s face. 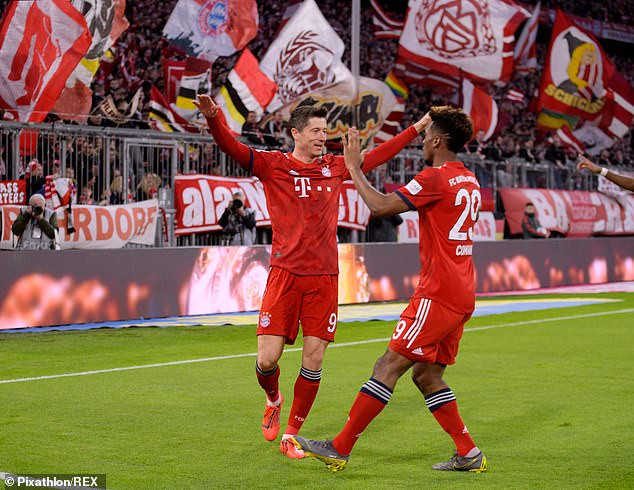 Bild reported that despite the intervention of defenders Boateng and Sule trying to calm them, they still tried to get at each other at the Bayern’s Sabener Strasse headquarters

It was also reported that Bayern coach Niko Kovac was initially going to send them both back to the changing rooms, but changed his mind and made them continued with the training session.