“Sarki Mohammed Yohanna is one of the toughest and independent Boko Haram Fighter who has reclaimed the Southern Part of Borno from the hands of Boko Haram and Has been Capturing and fighting Boko Haram without the Support of the Military or any Security Agencies.
Sarki Mohammed Yohanna and his team singularly reclaimed, Hawul, Askira, Biu, Part of Adamawa and Yobe State . He use Farming as source of sustaining the fight, he has never received even a Vehicle from government  , Military or any Organisation but only from good Samaritan who feels its a responsibilities to use their wealth to protect their communities .
I called on all authorities to meet and Support Sarki Yohanna in the fight against insurgency in Nigeria.” 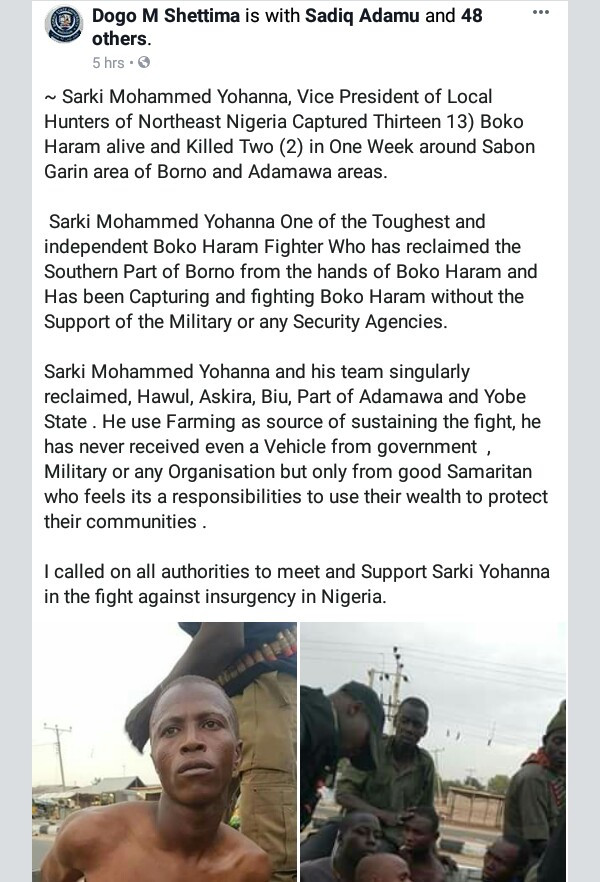