Actor Gideon Okeke has refused to back down after he was called out by some internet users for condemning the same sex marriage between Marc Jacobs and Char Defrancesco.

The popular fashion designer got married on April 6 and Gideon condemned the world for accepting gay marriages as OK.

After he was called out, he took to Instagram to write, “wrong is wrong even if everyone is doing it and right is right even if no one is doing it.” 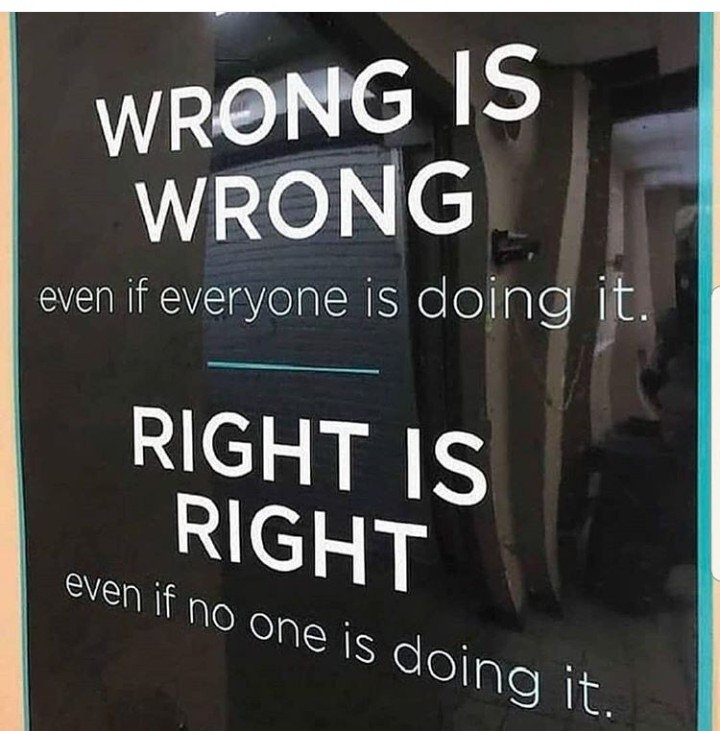 36 Years and there’s been NOTHING I’ve learned so well, as to stand ALONE.

No Man is an Island, but the feet on the ground and the footprints in the sand ain’t mine. I soar with wings, like an Eagle. I’m bouyed up. I keeps it Moving.

I was raised in a YARD! A ghetto-YARD without fences.

No boarders, but I was raised to know what limits and boundaries were.

Not caged up in a flat, apartment quarters, BQ or Face me -i-Face You.

A YARD, means I had the Luxury of SPACE! (front yard, backyard, neighbour Yard). My Dad (rip) would rather encourage me to “open your mouth and talk”…when it was Necessary.

There was no sme-sme around him. Or better yet, there was no “open nyash and rub oil”. Wetin dey smell, if e never spoil, na rotten e rotten.

I am Ghetto. But your worldy civilization STINKS.

To the “friends” we’ve lost, Don’t look back.

Else you run the risk of being SALTY.

From NAZARETH with Love. The capital? AJEGUNLE. 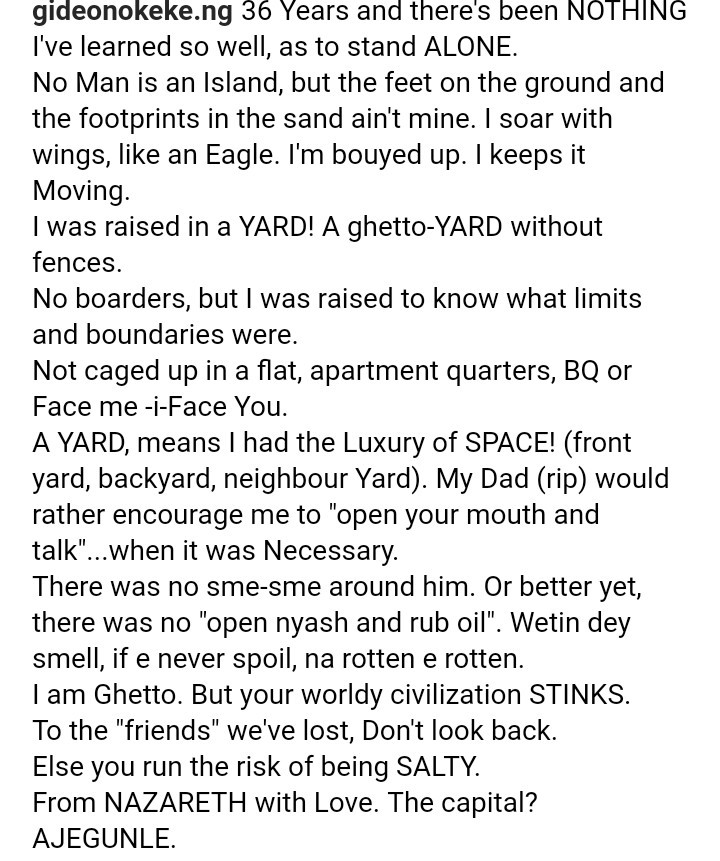