A 60-year-old woman’s uterus fell out of her vagina as she was dancing in a public square, reports claim.

The Chinese woman went to see a doctor in the city of Xuzhou, China, after she felt a piece of flesh had dropped from her genitals.

The mother thought her womb had fallen out because of her overenthusiastic dancing. But a doctor told her it was more likely because of childbirth.

Dr Song Hongjuan, supervisor at the Maternal and Child Health Centre, in Xuzhou, told her she had suffered a uterine prolapse. The Daily Mail reports that the doctor suspected she had given birth to a large baby at a young age and never been treated for her prolapse. 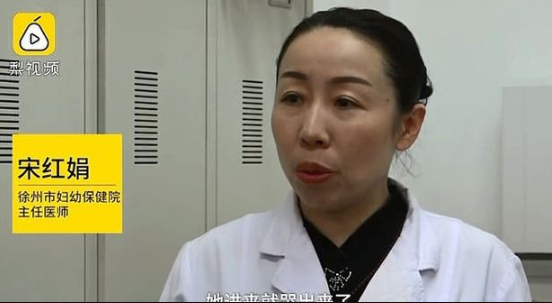 The surgeon, who operated on the unnamed woman, told reporters she was making a full recovery.

The mother’s uterus had apparently slipped down and poked out of her vagina in the past, however it had never been fully exposed before.

Dr Song advised other women to pay attention to their bodies and said illnesses such as constipation, allergic rhinitis and chronic coughs could cause damage to their pelvic floor muscles.