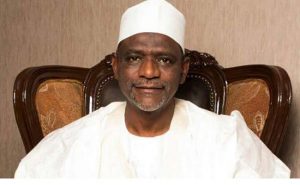 The House of Representatives has faulted the Federal Government’s decision to suspend the plan to partially reopen schools for pupils in final classes to take external examinations.

The Committee on Basic Education and Services criticised the decision to disallow Nigerian pupils from sitting the West African Senior Secondary Certificate Examination to be conducted by the West African Examinations Council for the 2019/2020 academic session.

Schools at all levels have been shut due to the COVID-19 pandemic.

Later, the Minister of State for Education, Emeka Nwajiuba, during the press briefing by the PTF announced that the 2020 WASSCE would hold between August 4 and September 5.

But the Minister of Education, Adamu Adamu, at the end of a meeting of the Federal Executive Council presided over by President Muhammadu Buhari on Wednesday said all federal schools would remain closed until it was safe to reopen them.

Reacting to the development, chairman of the committee, Prof Julius Ihonvbere, however, expressed the displeasure of the lawmakers in a statement issued on Friday titled “WASSCE should not be cancelled.”

Ihonvbere said, “The House Committee on Basic Education and Services received with amazement, the announcement by the Minister of Education that Nigerian students would not be participating in the forthcoming WASSCE.

“He did not inform the country if this was in agreement with other West African leaders or in consultation with the examination bodies, the state governments and other stakeholders in the education sector.

“This sudden policy reversal is not good for the country. It is bound to create further confusion in the education sector, create disappointment and suspicion among parents, frustrate the students and show to our development partners and Nigerians that the distortions and disarticulations in the sector are only getting worse.

“The reversal also shows that our policymakers may just be adopting a laid-back approach to the need to confront the novel coronavirus rather than taking proactive and creative steps to manage and contain it.”

Ihonvbere stated that the committee disagreed with Adamu and “believes that a reconsideration is urgently needed to save our educational system.”

Also, former Vice-President Atiku Abubakar on Friday called on the Federal Government to reconsider its decision that pupils cannot resume school or participate in the West African Senior School Certificate Examination due to the coronavirus pandemic.

However, Atiku, in a statement on Friday, indicated his disapproval “as a parent and investor in the education sector”, saying the policy of “unilaterally cancelling the WASSCE, which 1.5 million Nigerian youths take annually, is not in Nigeria’s best interest.”

The former Vice-President advised the Federal Government to adopt other strategies that enabled graduating pupils in senior secondary school to take the exam, while warning that Nigerians could resort to crossing borders to sit the exam in neighbouring countries.

He said, “Rather than the cancellation, there are better ways to protect the health of Nigerians and prevent the pandemic from escalating. We could mobilise all available public and private infrastructures, including primary schools, stadia, and cinemas, for the examinations.”