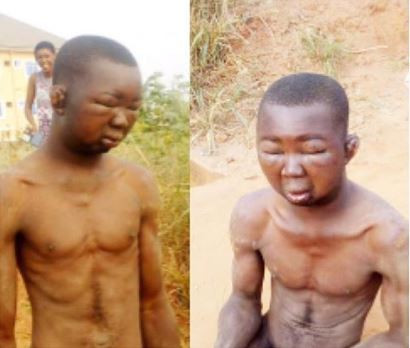 A suspect identified as Ifeanyi, escaped being beaten to death by a angry mob after allegedly being caught stealing ladies panties at a student area in Mgbakwu, Anambra State.

The suspect, from Umuneke, Enugu State, confessed that he had already stolen over 58 women panties before running out of luck. According to reports, Ifeanyi had broken into the house around 2am and was harvesting the underwear, when a lady, who came out to urinate, saw him and raised alarm.

The suspect revealed that he usually sold the underwear to one Emeka Ofor at the rate of N500 in Enugu State. However, after being thoroughly beaten, Ifeanyi was later freed.