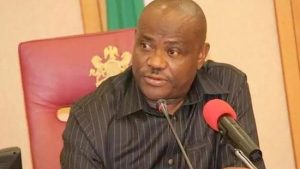 The family members of the late king Anele Orlu Oriebe of Akpor Kingdom, in the Obio/Akpor Local Government Area of Rivers State, who allegedly died of coronavirus complications, on Wednesday pleaded with the Rivers State Government to release his remains for burial in his kingdom.

It was learnt that the state Ministry of Health immediately buried the late king at the state cemetery without conducting the traditional funeral rites on the grounds that the deceased was COVID-19 positive.

However, the king’s family members insisted that the late king did not die of COVID-19 as claimed by the state government.

The head of Orlu Oriebe family and immediate elder brother to the late king, Kingsley Kinika Orlu, described the state government’s action as a taboo.

He said, “It is a taboo in Akpor Kingdom that a king is buried outside the community. It is a taboo. We call on well-meaning Nigerians to help us to plead with the government; they should give us even his bone so he can come back to his kingdom.

“The king did not die of COVID-19. His death is as a result of an accident he had in 2017. Before his death, he went to the hospital on his own on Saturday and on Monday, he died.”