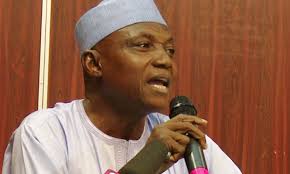 The Presidency on Tuesday accused the Peoples Democratic Party of violating the peace accord that all political parties and candidates signed ahead of the general elections.

It noted that by bringing the family members of President Muhammadu Buhari into its campaigns and accusing them of corruption without providing evidence, the PDP had breached the terms of the peace agreement.

The Presidency therefore reported the PDP to the  National Peace Committee, which superintended over the signing of the peace agreement last December in Abuja.

A former Head of State,  Gen. Abdulsalami Abubakar; Bishop Matthew Kukah; and other eminent Nigerians are members of the committee.

In a statement, the Senior Special Assistant to the President on Media and Publicity, Mr Garba Shehu, said the PDP Presidential Campaign Organisation had resorted to character assassination and the use of inflammatory language in its campaigns in disregard for the terms of the peace agreement.

The Presidency stated that, “Dragging the President’s family members into the campaign and accusing them of wrongdoing without producing evidence amounts to an act of malice.”

“Instead of concentrating their efforts on persuading Nigerians on why they should be trusted to rule again after 16 years of failure, the PDP presidential campaign organisation is seeking to divert public attention from the large-scale corruption and havoc it wreaked on the country during its 16 years of misrule,” it added.