Nusrat Jahan Rafi was doused with kerosene and set on fire at her school in Bangladesh. Less than two weeks earlier, she had filed a sexual harassment complaint against her headmaster.

19-year-old Nusrat was from Feni, a small town 100 miles (160km) south of Dhaka and was studying at a madrassa, ( Islamic school)

On 27 March, she said the headmaster called her into his office and repeatedly touched her in an inappropriate manner. Before things could go any further she ran out.

According to BBC, Nusrat went to the police with the help of her family on the day the alleged abuse happened. At the local police station she gave a statement. She should have been provided with a safe environment to recall her traumatic experiences. Instead she was filmed by the officer in charge on his phone as she described the ordeal.

In the video Nusrat is visibly distressed and tries to hide her face with her hands. The policeman is heard calling the complaint “no big deal” and telling her to move her hands from her face. The video was later leaked to local media. 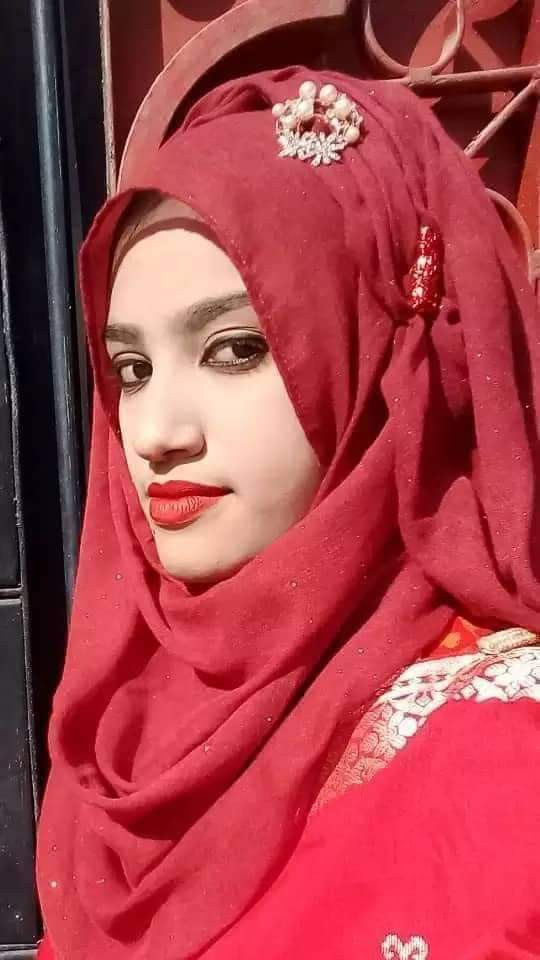 Nusrat Jahan Rafi was from a small town, came from a conservative family, and went to a religious school. For a girl in her position, reporting sexual harassment can come with consequences. Victims often face judgement from their communities, harassment, in person and online, and in some cases violent attacks. Nusrat went on to experience all of these.

On 27 March, after she went to the police, they arrested the headmaster. Things then got worse for Nusrat. A group of people gathered in the streets demanding his release. The protest had been arranged by two male students and local politicians were allegedly in attendance. People began to blame Nusrat. Her family say they started to worry about her safety.

On 6 April, 11 days after the alleged sexual assault, Nusrat went to her school to sit her final exams.

“I tried to take my sister to school and tried to enter the premises, but I was stopped and wasn’t allowed to enter,” said Nusrat’s brother, Mahmudul Hasan Noman.
“If I hadn’t been stopped, something like this wouldn’t have happened to my sister,” he said.

According to a statement given by Nusrat, a fellow female student took her to the roof of the school, saying one of her friends was being beaten up. When Nusrat reached the rooftop four or five people, wearing burqas, surrounded her and allegedly pressured her to withdraw the case against the headmaster. When she refused, they set her on fire. 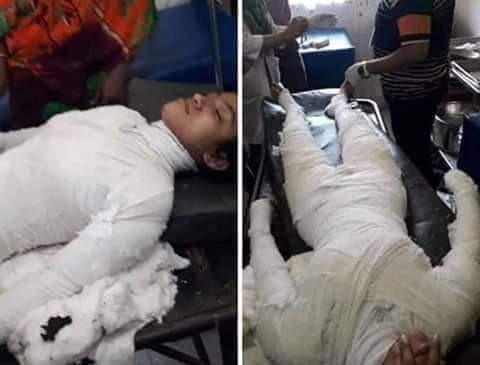 Police Bureau of Investigation chief Banaj Kumar Majumder said the killers wanted “to make it look like a suicide”. Their plan failed when Nusrat was rescued after they fled the scene. She was able to give a statement before she died.

“One of the killers was holding her head down with his hands, so kerosene wasn’t poured there and that’s why her head wasn’t burned,” Mr Majumder told BBC Bengali.

But when Nusrat was taken to a local hospital, doctors found burns covering 80% of her body. Unable to treat the burns, they sent her to Dhaka Medical College Hospital.
In the ambulance, fearing she might not survive, she recorded a statement on her brother’s mobile phone.

“The teacher touched me, I will fight this crime till my last breath,” you can hear her say. 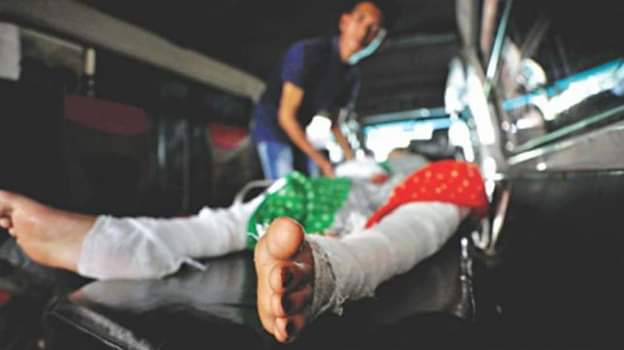 She also identified some of her attackers as students at the madrassa.

News of Nusrat’s health dominated Bangladeshi media. On 10 April, she died. Thousands of people turned out for her funeral in Feni.

Police have since arrested 15 people, seven of them allegedly involved in the murder. Among those arrested are the two male students who organised the protest in support of the headmaster. The headmaster himself remains in custody. The policeman who filmed Nusrat’s sexual harassment complaint has been removed from his post and transferred to another department.

Prime Minister Sheikh Hasina met Nusrat’s family in Dhaka and promised that every person involved in the killing would be bought to justice. “None of the culprits will be spared from legal action,” she said.

Nusrat’s death has sparked protests and thousands have used social media to express their anger about both her case and the treatment of sexual assault victims in Bangladesh.

“Many girls don’t protest out of fear after such incidents. Burqas, even dresses made of iron cannot stop rapists,” said Anowar Sheikh on BBC Bengali’s Facebook page.
“I wanted a daughter my whole life, but now I am afraid. Giving birth to a daughter in this country means a life of fear and worry,” wrote Lopa Hossain in her Facebook post.

According to women’s rights group Bangladesh Mahila Parishad, there were 940 incidents of rape in Bangladesh in 2018. But researchers say the real number is likely to be much higher.

“When a woman tries to get justice for sexual harassment, she has to face a lot of harassment again. The case lingers for years, there is shaming in society, a lack of willingness from police to properly investigate the allegations,” said Salma Ali, a human rights lawyer and former director of the Women Lawyers’ Association.

“It leads the victim to give up on seeking justice. Ultimately the criminals don’t get punished and they do the same crime again. Others don’t fear to do the same because of such examples.”

Activists are now demanding the order be implemented and enshrined in law to protect students.

“This incident has shaken us, but as we have seen in the past, such incidents get forgotten in time. I don’t think there will be a big change after this. We have to see if justice gets done,” said Professor Kaberi Gayen of the University of Dhaka.

“Change has to come in, both psychologically and in implementing the rule of law. Awareness about sexual harassment should be raised from childhood in schools,” she said.
“They have to learn what is right and wrong when it comes to sexual harassment.”