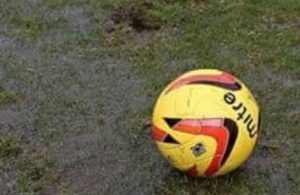 The Osun State Police Command has commenced investigation into the circumstances surrounding the death of one Shuaib Isola after he was punched during a fight in Iwo on Sunday.

According to sources, the incident happened around 10am at the playground of the St. Mary’s Grammar School, Iwo.

The deceased and others were said to be playing football, when he suddenly got into a fight with one Ahmed Lateef.

Isola was said to have collapsed after he was punched by Lateef.

When contacted, the Police Public Relations Officer in the state, Yemisi Opalola, confirmed the incident.

She said one person had been arrested in connection with the incident.

Opalola stated, “One Shuaib Isola of the Araromi area, Iwo, and others were playing football at the St. Mary’s Grammar School, Iwo, when one Ahmed Lateef engaged him in a fight.

“Lateef reportedly gave the deceased a punch and he collapsed. Isola was later rushed to the General Hospital, Iwo, where he was pronounced dead.

“The family of the deceased evacuated his corpse and declined autopsy. But investigation will continue into the incident.”