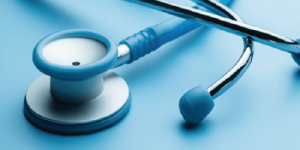 No fewer than 7,875 Nigerian doctors are currently practising in the United Kingdom, according to the UK’s General Medical Council.

The GMC, which is the government body that maintains the UK’s official register of medical practitioners, also says  India, Pakistan and Nigeria are the countries with the highest number of doctors practising in the UK.

A check on the website of the UK medical council on Thursday evening showed that the number of Nigerian doctors working in the UK had risen from 7,870 to 7,875 in less than a week

The NMA described the ongoing migration of medical doctors as “second peak of doctors’ mass exodus” after the mass departure of medical practitioners from the country in 1990s.

On its part, the NLC expressed concern about the poor health sector and doctors’ exodus, saying the nation was in trouble.

But the GMD record further shows that  India has 29, 228 doctors in the UK, while Pakistan comes second with a total number of 14,470. Nigeria comes third with 7,875 doctors practising in the UK.

According to statistics obtained from the UK council’s website, Nigeria is the African country with the highest number of doctors in the UK. Egypt comes second with 7,034 registered doctors in the UK, while South Africa has the third highest African representation with 5,166.

10.5% of Nigerian-trained doctors practising in UK

In an email chat with WE4WE REPORTS last weekend, the Media Relations Manager of the GMC, Steve Broughton, said Nigerians, who were trained in other countries but relocated to the UK, were not part of the 7,870.

Broughton said, “The data explorer pages on our website will show you the number of doctors on the UK register who gained their primary medical qualification in Nigeria. Currently the number is 7,870.

“That may include doctors who qualified in Nigeria but who are not from Nigeria. And there may be Nigerian doctors on the register who qualified elsewhere.”

Statistics from the World Health Organisation show that Nigeria currently has a shortage of medical doctors with a physician-to-patient ratio of four doctors to 10,000 patients. In the US, the ratio is 26 doctors per 10,000 people and 28 in the UK.

A search through the website of the UK medical council reveals that the UK has 205, 814 locally trained doctors.

This is apart from the over 70,000 doctors that migrate from other countries to practise in the UK.

Earlier in the month, 58 UK-bound medical doctors were stopped at the Murtala Muhammed International Airport, Lagos by the Nigeria Immigration Service because they didn’t have visas.

Investigations by WE4WE REPORTS revealed that the 58 doctors were recruited by NES Health Care, a UK-based firm that helps over 150 private hospitals to employ doctors from all over the world.

WE4WE REPORTS learnt that hundreds of Nigerian doctors had applied for the jobs advertised by NES Health Care; they wrote exams and were interviewed via Skype and offered employment but they had not been able to obtain visas due to the closure of the British High Commission caused by the COVID-19 pandemic. They are all expected to resume after the lockdown has been lifted.

Last week the UK announced a new ‘Health and Care Visa’ policy. The new policy aims to make it cheaper, quicker and easier for healthcare professionals to migrate to the UK, beginning from August.

Speaking with WE4WE REPORTS, the President of the NMA, Prof. Innocent Ujah, said doctors could not be stopped from migrating.

Ujah, however, said there was a need to improve the pay and work conditions of Nigerian doctors as this was the best incentive.

The NMA president stated, “This is the second peak of doctors’ mass exodus from the country.  In the 1990s, doctors left Nigeria for Saudi Arabia and they are leaving again. I think what is happening is that they are not receiving the satisfaction they deserve. The work environment is not encouraging, the equipment for practice is in adequate.  The salary is meager. They go to where their service is appreciated.

“The issue of insecurity is also there, many doctors have been kidnapped. We don’t know maybe the kidnappers are targeting them or it is just a coincidence. What I think should be done holistically is for the government to conduct a research and find out why the doctors are leaving.”

Sokomba, in an interview with one of our correspondents, said it was unfortunate that many hospitals in the country lacked basic medical equipment.

He said, “The work condition here is terrible, when better opportunities come our doctors leave. It is beyond what people think. The work condition is one thing the government has continued to neglect . This is demoralising.  Why will someone continue to work in this kind of environment? Meanwhile, there is a place you can go, work and have job satisfaction, why won’t you leave?”

Commenting on the development, the NLC said the exodus of medical personnel did not look good. It stated that  the nation had to appraise its reward system and the condition of service for health workers.

The NLC General Secretary, Mr Emmanuel Ugboaja, in an interview with one of our correspondents,  said the exodus of doctors was an indication that the country was in trouble.

He stated, “When you see the running battle our workers in the health sector have been having with the authorities, particularly, the state governments which ordinarily should be catering for the populace, then you know we are in trouble.

“Our health facilities are not being improved.  When you hear about the building of a hospital, you would hear of the humongous amount said to have been spent, but at the drop of a hat, the people who claimed to have built such world-class hospitals head to Europe to seek medical treatment. It does not add up.”

But  the Federal Government, in its reaction, said it was committed to keeping its doctors from being taken out of the country.

While calling on state governments to employ jobless doctors, the government said they should make sure that availability of manpower for health was not compromised.

The Minister of Health, Dr. Osagie Ehanire, stated these while answering questions from journalists during the press briefing of the Presidential Task Force on COVID-19.

He said, “With regards to doctors, this is a very uncertain period where all countries are looking for doctors everywhere and trying to make sure that they not only think of buying equipment, commodities and others but also looking to increase their manpower and they are ready to take manpower from everywhere.”