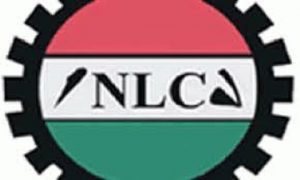 The ULC led by Joe Ajaero broke away during the 10th National Delegates Conference in 2015 following disagreements during the election.

NLC President, Ayuba Wabba, announced the development to journalists at the end of a joint session meeting addressed by the two union leaders on Thursday in Abuja.

Wabba said with the reconciliation, the leadership of the ULC had been re-integrated into the NLC. He also announced Ajaero as the NLC Deputy President.

He said, “Nigerians will recall that after the conduct of leadership election in the Nigeria Labour Congress at the 10th National Delegates Conference in 2015, some misunderstanding arose between some affiliates of Congress.

Speaking, Ajaero said he was back in the family he left, adding that the reunion would make the labour movement stronger.