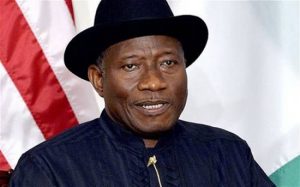 The Pan Niger Delta Forum has rejected the naming of the railway station in Agbor, Delta State, after former President Goodluck Jonathan.

The Minister of Transportation, Rotimi Amaechi, announced on July 18 while inspecting the Warri-Itakpe rail line that President Muhammadu Buhari had approved the naming of the railway station after his predecessor.

But PANDEF, in a statement on Sunday by its National Publicity Secretary, Ken Robinson, described the gesture as “meaningless and belittling to the person and status of the former President.”

According to the statement, which was titled, ‘PANDEF derides naming of railway after former President Jonathan’, the group demanded that a more befitting national infrastructure should be named after him as he deserved to be celebrated in Nigeria.

PANDEF stated, “Though understandable that all those that the various railway stations are named after are prominent and deserving Nigerians. However, if the gesture was truly an honour done to Goodluck Jonathan, then there would have been no reason naming several other stations after numerous other persons.

PANDEF demanded the immediate reversal of the honour and also called on the former President to “reject the dishonourable gesture.”

It added, “If President Muhammadu Buhari sincerely wants to honour former President Jonathan in terms of naming an infrastructure after him, it should be something befitting. What is wrong if, as the first democratically elected President of Nigeria from the South-South geopolitical zone, the Port Harcourt International Airport, Omagwa, Rivers State, is named after the former President?