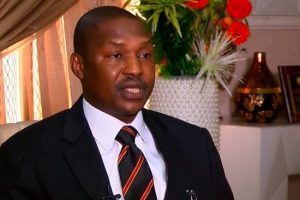 A music promoter, Lateef Alagbada, popularly called Lati Alagbada, has asked the Federal High Court in Lagos to jail the Attorney General of the Federation, Abubkar Malami (SAN), and four policemen for allegedly disobeying a court order that he should be released on bail.

Alagbada has been in custody ahead of moves by the Federal Government to extradite him to the United States to answer illicit drug-related charges.

Justice Muslim Hassan had in a judgment granted an application by the AGF to extradite Alagbada.

The promoter, however, appealed against the judgment and subsequently filed an application to be released on bail pending the outcome of his appeal.

On July 7, 2020, Justice Hassan admitted him to bail in the sum of N5m with one surety in like sum.

However, in the contempt application filed by his lawyer, Dr Babatunde Oni, Alagbada alleged that despite the bail, Malami and the four policemen had refused to let him go.

He is praying the court to commit them to prison for alleged disobedience to court order.