A woman who had given up hope of ever having kids due to health problems has welcomed a set of triplets.

Beata Bienias, 36, had struggled for a decade to get pregnant all to no avail. She then tried to conceive via IVF and it worked. But, unknown to her, she had already conceived twins naturally in the same week. She ended up giving birth to triplets.

Beata Bienias had begun to give up hope of ever becoming a mother due to issues with her health including polycystic ovaries, brought on by weighing over 17 stone. But she managed to lose weight and finally fell pregnant with one baby through IVF.

Miraculously she had also conceived twins just days before her embryo transfer. She was not aware of this and neither were the doctors. It wasn’t until she went for a scan after her IVF was successful that it was discovered that they were expecting, not one, but three babies. 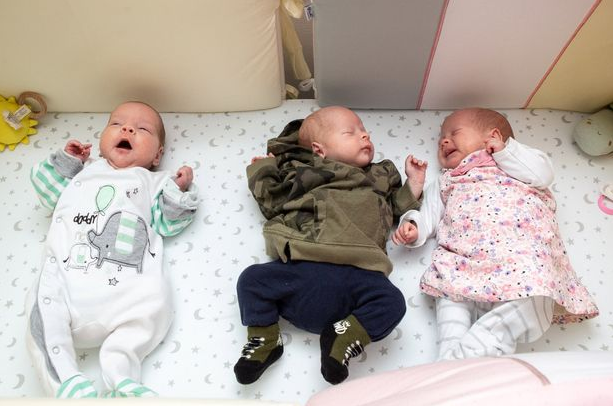 The pregnancy has been described by one fertility expert as “almost impossible”,

Beata and her husband Pawel, 40, are now parents to four-week-old Amelia and twins Matylda and Borys.

The mum was told by stunned doctors her non-identical twins were conceived naturally just a few days before her IVF embryo transfer on May 2 last year. Mirror reports. It was the biggest miracle. I never thought something this incredible could happen to me.

I spent many days thinking that maybe I was the person who would never have a baby.

I never, ever thought there would be three in there.

I still can’t quite believe it when I look at the three of them. I’m so happy.

Fertility expert Emma Cannon, who has worked in the field for 25 years and founded the Emma Cannon Clinic in Chelsea, London, was stunned to hear of Beata’s triplets.

In my 25 years as a fertility specialist, I have only come across one or two scenarios in which women have fallen pregnant whilst undergoing IVF treatment.

I have never encountered anyone who has conceived naturally before, or around the time of, embryo transfer, and then gone on to become pregnant via the IVF cycle as well.

But I also know that there is much we do not understand and miracles do happen. I wish Beata all the very best with her three little miracles. 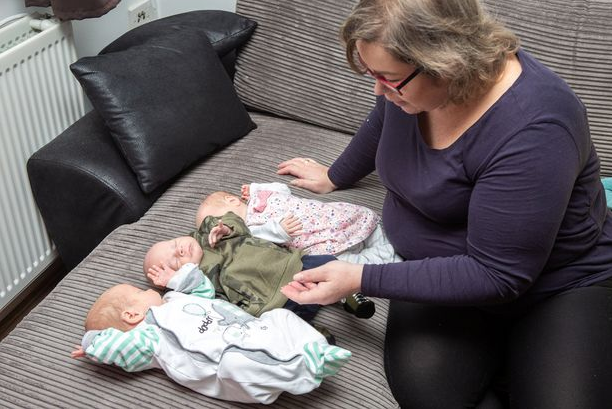 Recalling the moment she found out she was having three babies, Beata said:

The sonographer turned to my husband and asked if he wanted to sit down.

Then she told us there were three babies in there.