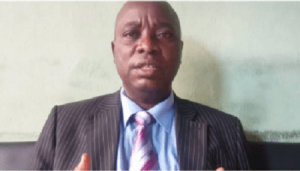 National Coordinator of the Concerned Advocates for Good Governance, CAGG, Olusegun Bamgbose, Esq., has asked President Muhammadu Buhari to place Ibrahim Magu, the suspended acting Chairman of the Economic and Financial Crimes Commission , EFCC, under house arrest with full security after his interrogation.

Bamgbose believes that there are some powerful forces, who will want Magu dead, than to live to recount details of his experience as EFCC Chairman.

The senior legal practitioner noted that if Magu decides to open up, many heads will roll and the nation may explode, adding that the acting EFCC boss has secrets that may shake the nation’s foundation.

President Buhari announced the suspension of Magu as acting Chairman of EFCC on Friday as he remains in detention.

The Presidential Panel is still investigating the numerous allegations levelled against him by the Attorney-General of the Federation and Minister of Justice, Abubakar Malami.

Bamgbose, in a chat with WE4WE REPORTS on Friday, noted that, “The directive to thoroughly investigate Magu by the Presidency is commendable.

“The truth, however, is that if Magu decides to open up, many heads will roll and the nation may explode. Magu has secrets that may shake the whole nation.

“There are some powerful forces, who at this juncture, will want Magu dead, than live to recount details of his experience as EFCC Chairman.

“His life is in grave danger. I’ll urge President Buhari to order him to be placed under house arrest with full security.

“If Magu decides to split the beans and open the can of worms, the nation will quake. I see powerful forces scheming to do away with him.

“The President should protect him. When the investigation is over, he should be accordingly charged to Court and if found guilty, he should be sent to jail.

“This will act as a deterrent to others, that the fight against corruption is real. Nobody is above the law. All hands must be on deck to stem the tide of corruption in Nigeria.”