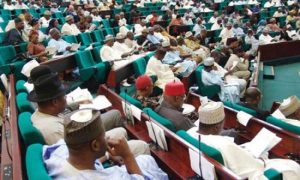 The House of Representatives representing Oshodi-Isolo Constituency II, Hon. Ganiyu Johnson, has urged the Lagos State Government to relocate all gas depot in the State out of residential areas.

His call is following the Tuesday gas explosion that occurred at Afariogun area of Ajao Estate, Lagos State, which led to the death of some persons and destruction of properties.

The lawmaker made this appeal when he visited the site of the incident on Thursday, insisting that the government had to urgently take action on gas shops located in the residential areas across the state.

WE4WE REPORTS reported that two people, the shop owner and her daughter died in the inferno after a gas cylinder exploded while about nine other shops and cars were destroyed as confirmed by the Lagos State Emergency Management Agency (LASEMA).

While condoling with the families of the deceased and other victims of the fire incident, Johnson prayed for the repose of their souls, as he warned people to be cautious of any act that can lead to such dastardly incident.

He said: “I commiserate with the families of the deceases and victims of the fire incident, may their souls rest in peace.

“I use this opportunity to advise our people to always be cautious of anything that can lead to such incident.

“I also urge the State Government to relocate all gas depot in the State out of residential areas in order to avert the future reoccurrence of this ugly incident.”