A member of a robbery gang was burnt to death in Lagos after himself and members of his robbery gang failed in their attempt to steal a car from a church.

According to twitter user @oouchills, the armed robber relied on the ”juju” he had on him but was shocked when the fire started to take effect on him.

”This thief was burnt to death this morning in my area, here in somolu. They were 3 who came all the way from oshodi to rob a church very early this morning on their way leaving pushing the stolen items, people sighted them and 2 of them flee away and this very guy stood with confidence while people were getting close think his juju will save him.

But unfortunately his juju couldn’t save him from petrol and fire, later the police and ambulance came cleaned him up and took him away. What kind of jungle justice this, It’s so cruel. 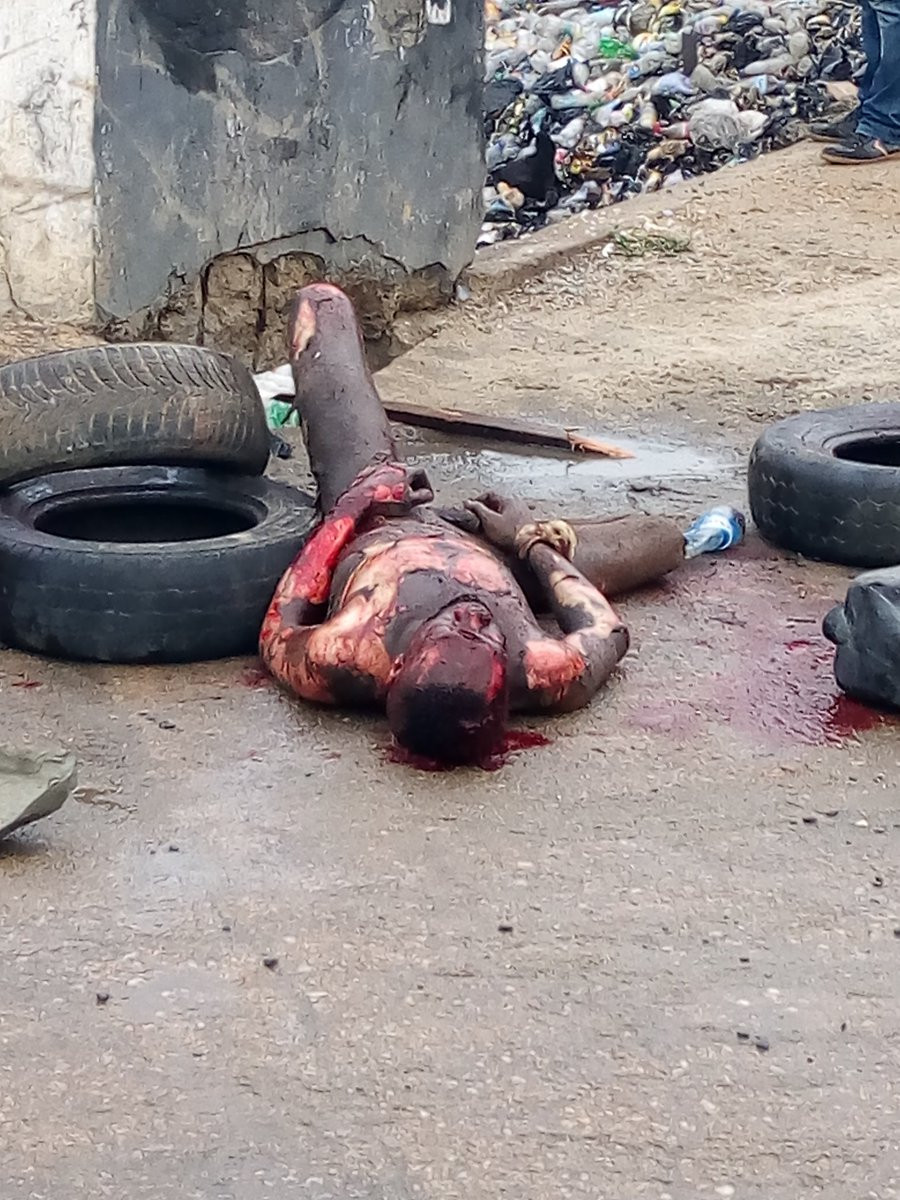 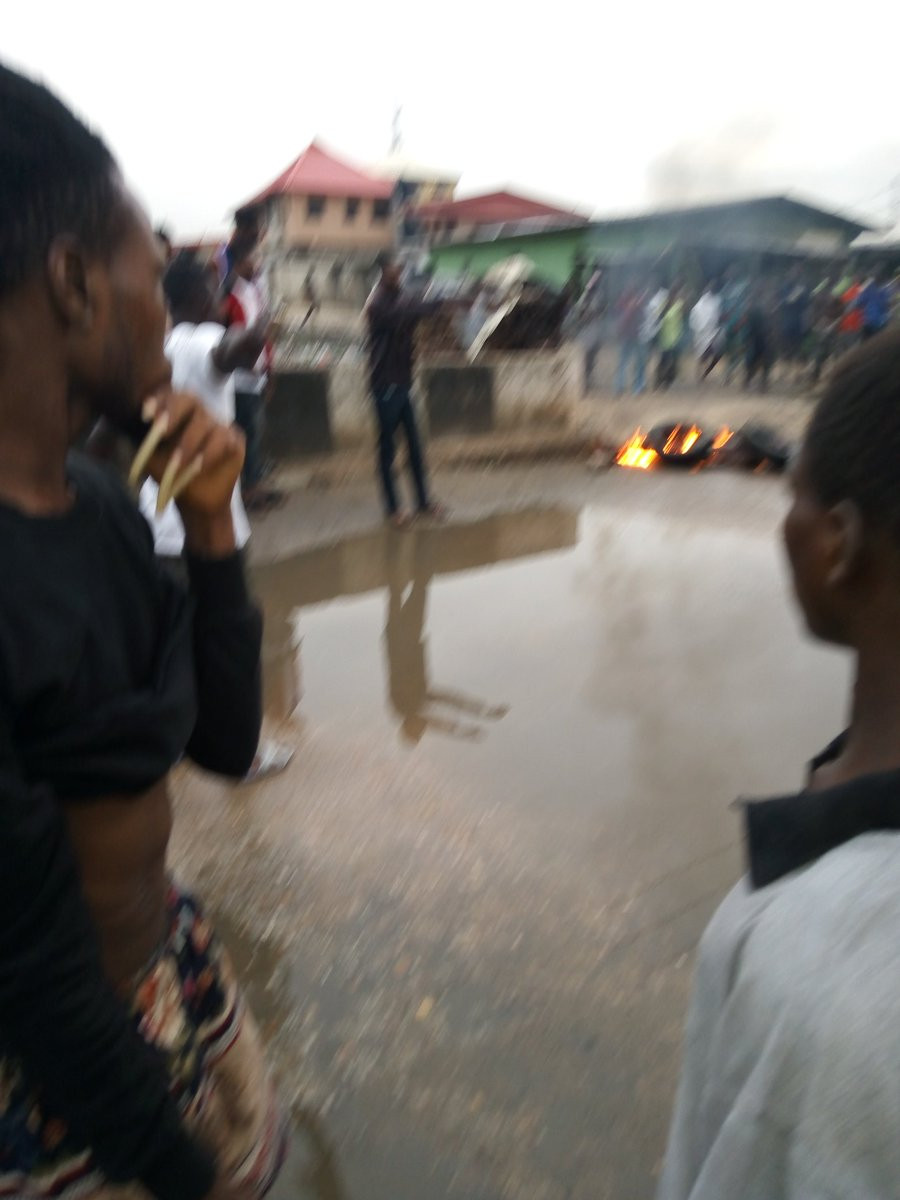 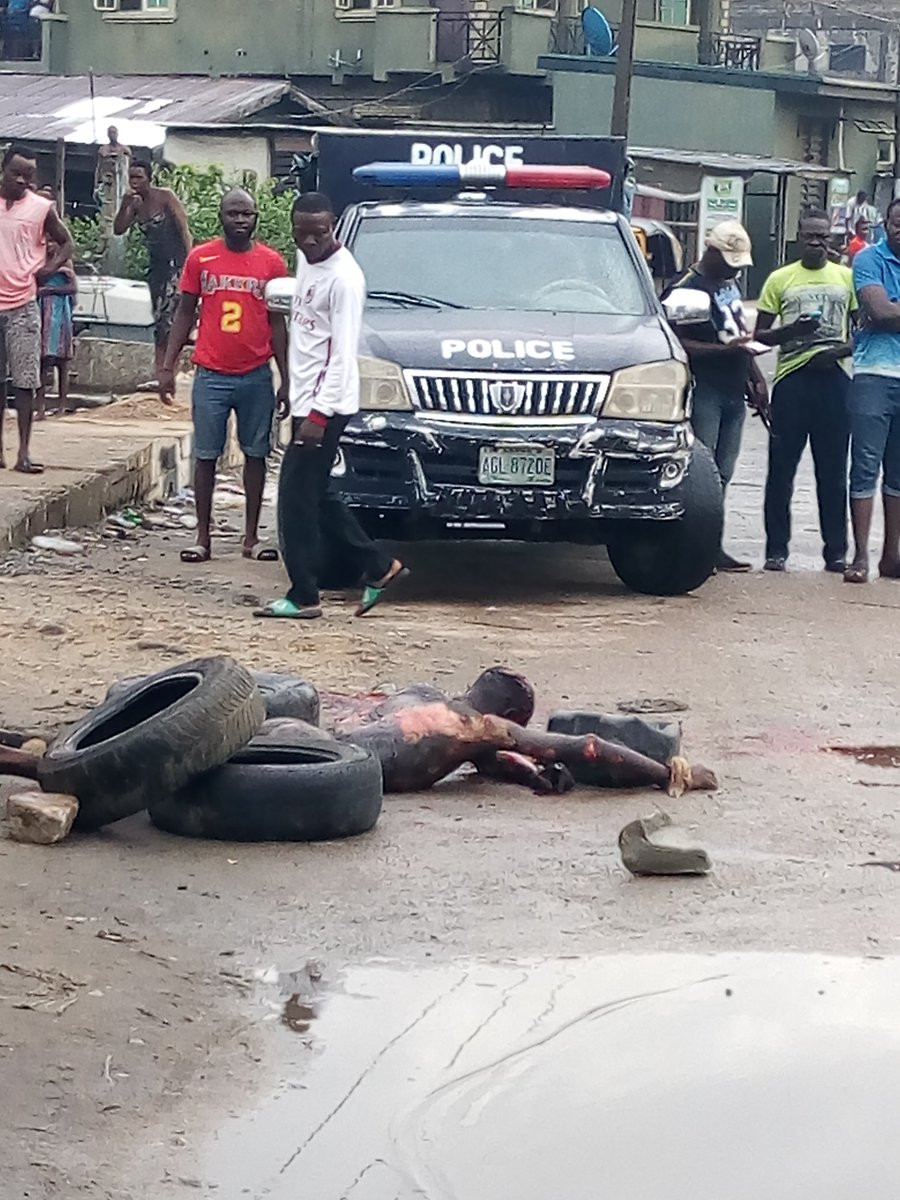