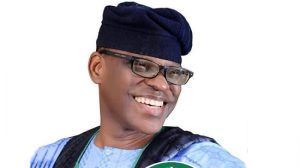 The candidate of the Peoples Democratic Party for the October 10, Ondo State governorship election, Mr. Eyitayo Jegede, on Thursday said his emergence marked the beginning of the end of the Governor Rotimi Akeredolu-led administration.

The PDP candidate, who spoke with journalists in Akure said, “By the support of the people of the state and other party members, we will take over the government of Ondo State come October 2020.

“We are all winners in Ondo State and I dedicate this victory to the people of Ondo and to my co-aspirants, who have shown sportsmanship.

“By this victory, we serve a notice on the APC that for them, the end has come. By the grace of God, with the assistance of the people and with the support of all the co-aspirants, we will take over the government of Ondo State come October 2020.”