in Zazzaga community in Munya Local Government Area of Niger State, kidnappers have forced residents out of their ancestral homes, but despite their anguish, tears and frustration, help seems to be elusive. ENYIOHA OPARA writes

Niger State is no longer what it used to be, a state once adjudged as the most peaceful state in Nigeria. It was once a state where residents could leave their doors open and go to bed, but that period already seems to be long gone. And in Zazzaga community in Munya Local Government Area of the state, the peace they once knew and cherished is now nothing but a dream they hope to wake up to someday if their current nightmare does not consume them.

Zazzaga has no fewer than 40 villages; and in the last few months, the activities of kidnappers have forced many of the residents of the villages to flee for their lives or for their loved ones. It was learnt that hundreds of inhabitants of these villages had abandoned their homes for neighbouring communities since the activities of kidnappers in the area took a more worrisome dimension. Many of the kidnappers disturbing the peace of the area were said to have been dislodged from Kaduna State.

According to some residents, what is left of the once peaceful agrarian community are a handful of people, including community leaders and vigilantes given the task of offering some semblance of order.

Zazzaga is a community with a predominantly Gbagyi population. Other tribes found there include Hausa, Fulani, Igbo and Yoruba.

In the last couple of months, over N11m was said to have been paid as ransoms by the poor residents to secure the release of loved ones, while more than five persons have been killed by the assailants, who now invade the villages at will.

Checks by our correspondent who visited the deserted communities revealed that more than six people (four men and two women) were still being held captive by their abductors, who had demanded N1m as ransom for each of them.

The hopeless predicament of the community is further compounded by the lax security in the area. The only police post, which was established in the area in 2015 before the general elections, had only two policemen without a single gun in case of any eventualities. Therefore, when the kidnappers come, they are guaranteed a field day as they raid with impunity.

It was also gathered that the kidnappers sometimes demand food from the villagers and on such occasions, sit down to eat to feast before taking their victims away. It was their failure to get help from the police or other security agencies that led the community to constitute a vigilance group, which has so far proved to be utterly inadequate in dealing with the problem.

District Head of Zazzaga, Alhaji Garba Musa, told Saturday Punch that the kidnappers usually leave their mobile telephone numbers with villagers so that they could be reached for negotiations for the release of their abducted loved ones.

According to him, apart from monetary demands, they also demand from villagers call credits (preferably MTN), liquid milk, beverages, cigarettes, bottled water, bread, among others.

Women are usually kidnapped to serve as cooks for the victims, and immediately any of them regains freedom after payment of ransom, another one is kidnapped as replacement, Musa noted.

Recounting their ordeals in the hands of kidnappers 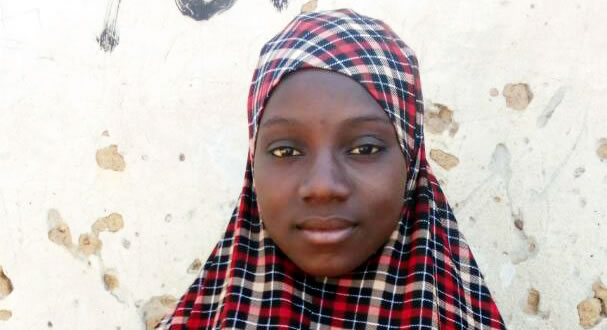 A female pupil of Junior Secondary School, Zazzaga, Khadijat Saleh, 16, whose father, Adamu Saleh, was killed in her presence before she was taken away, told our correspondent that her job throughout the 10 days she spent in captivity was to cook for the victims held by the kidnappers.

Khadijat said the day she arrived at the kidnappers’ den after trekking for long hours – 1am to 3pm – two women were released after their ransoms were paid and she was asked to take over the cooking responsibility.

“They did not beat me or molest me; they only asked me to be cooking. The day we arrived there, some women who were there before were released after their people brought money, and I was asked to start cooking,” she said.

“I cooked once a day and some of the food would be left for people to eat in the evening. Sometimes, I cooked rice; at other times, it could be ‘tuwo’ or yam. We were kept under a tree in the bush, not too far from the rail (referring to Abuja-Kaduna standard gauge) because we used to hear the train passing.

“They had everything that was needed to cook. I used to go to the bush to fetch firewood but they would tell me that if I chose to run away, I would meet another group in the bush that would rape and kill me. In the night, they would give me a blanket to cover myself but the men were left to sleep like that, with their hands tied behind their backs.”

According to Khadijat, she could deduce that the abductors are Fulani.

Sixty-five-year-old Garba Danjuma, who recently regained his freedom, said he paid N1.5m as ransom, while describing his life during captivity as filled with horror.

“For the 10 days that I spent in the den of the kidnappers, I slept with my two legs tied together and hands tied behind my back so that I would not escape,” Danjuma said.

When asked if those who kidnapped him are Fulani as alleged by Khadijat, Danjuma said he was not sure as he and other male victims were blindfolded.

“But from the way they talked, I know they could be Fulani. Sometimes when they discussed among themselves, they spoke Fulfulde and when they negotiated with our people to bring money, they spoke in Hausa. I was almost killed after five days in captivity because my people could not raise the money they demanded as the kidnappers said they needed money to pay for their guns.

“They told me that if my people failed to bring the money on time, they would take me close to the village and kill me. They said they needed money urgently to pay for the guns they bought,” he said. 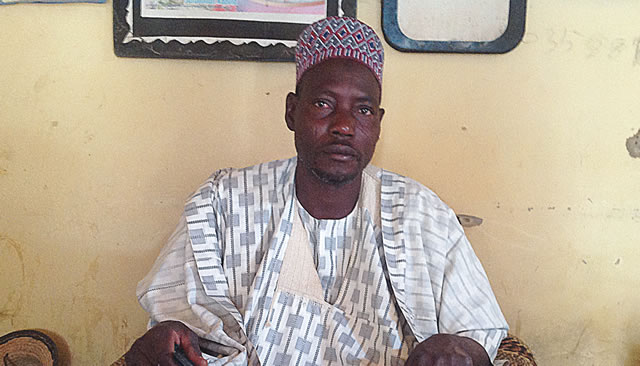 Reacting to the ugly situation, the senator representing the zone, David Umoru, blamed the government for the plight of his people, saying it had failed in its responsibility to protect lives and property of Nigerians.

Umoru said the alleged insensitivity of the government to the plight of his people had worsened the problem and the misery of the people who voted the government into power.

“It is not only in this case, the government in the state has continued to display high level of incompetence in the area of security in the state,” he said, pointing out that the state had witnessed its worst security challenges since its establishment.

However, over 15 suspected kidnappers and armed bandits were recently arrested across the 25 local government areas of the state.

Among those arrested was a three-man kidnap syndicate, whose gang leader was said to be based in Guinea.

Following the increase in the kidnapping cases and other banditry activities in the state in recent times, suspected to be as a result of the military operations going on in Zamfara, Kaduna and parts of Katsina states, the Inspector General of Police, Adamu Mohammed, deployed Special Anti-Kidnapping Squad, codenamed ‘Operation Puff Adder’ in the state.

Operation Puff Adder, in conjunction with the Tactical Team of the state command, has focused on flashpoints in communities in Mashegu, Rafi, Paikoro, Suleja, Bida and Shiroro local government areas of the state, where banditry activities and kidnapping have been said to be on the increase.

Before the recent onslaught, a number of communities in the state, especially those that share borders with Kaduna, Zamfara, Katsina and Kebbi states had come under severe attacks from the armed bandits. Thousands of people from the communities were forced to leave their homes and seek refuge in internally displaced persons’ camps in the state or in their relations’ homes.

Recently, the ongoing National Trade Fair in the state witnessed a setback as businesspersons from other parts of the country and beyond deserted the fair for fear of being kidnapped .

The President, Niger Chamber of Commerce, Industry, Mines and Agriculture, Dr Abdulkadir Hassan, disclosed this at the opening ceremony of the state’s 17th National Trade Fair in Minna.

He said, “If the scenario continues, doing business in the North may be impossible. The North is known with its agricultural potential, which employs more Nigerians than the oil sector does. But I am afraid to say that in most communities across the region, many farmers cannot go to their farms and when they go, they either pay levies to the bandits or risk being injured or killed.”

Recently after distributing operational vehicles to security outfits in the state, Governor Abubakar Bello noted the security challenge in the state, saying, “There is a high probability that some of the fleeing criminals may find their way into neighbouring states, so we must all be vigilant and proactive in order to identify, isolate and apprehend them.” 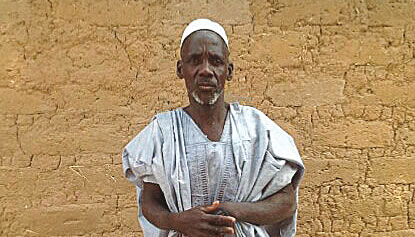 In his inauguration speech for a second term in office, Bello also said that the current security challenges in some parts of the country, including some states bordering Niger, had created pockets of criminal activities within the border communities in the state.He warned all the people not to take laws into their hands by carrying out “jungle justice” on criminals, stressing that “any one apprehended must be handed over to security agencies for prosecution”.

According to him, despite the threats of cattle rustling, armed banditry, kidnapping and their implications for the security of lives and property in the state, the state government will remain proactive and consistent in preventing all forms of crime and criminality within the state.

“We understand that crime in the 21st century has become more sophisticated. Even though we are being adjudged as one of the most peaceful states in the country, we will, however, remain committed to reinvigorating our strategies, including the development of appropriate technology to combat crime,” he said.

The Police Public Relations Officer in the state, Mohammad Abubakar, however, told Saturday PUNCHthat no fewer than 10AK47 riffles and 109 rounds of ammunition had been recovered from bandits.

Abubakar said the command has declared war against kidnapping and banditry in the state, adding that any criminal caught would be prosecuted.

He said, “Niger is bigger that what they think it is; we will not allow kidnappers to take over the state. We are on top of the situation and we are winning the war against them.

“We are going to make Niger State uncomfortable for them to operate; they had better try another place otherwise they would soon meet their waterloo.”

While assuring the people of the determination of the police to bring the security situation in the state under control, he appealed to the public to always avail security agents with useful information that would help in the war against kidnapping and other forms of armed banditry..