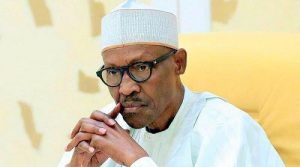 The Nigerian Bar Association, senior lawyers and human rights groups on Tuesday took a swipe at the Federal Government for raising the fine for hate speech from N500,000 to N5m.

The NBA and others, in separate interviews with WE4WE REPORTS, said the hike was an attempt to stifle the media and kill free speech through an unconstitutional means.

The Minister of Information and Culture, Alhaji Lai Mohammed, while unveiling the reviewed Nigeria Broadcasting Code earlier on Tuesday in Lagos,  disclosed that the fine for hate speech had been increased to N5m.

Justifying the decision, Mohammed said, “We remain unperturbed, because we are acting in the national interest. The broadcasting code is not a static document. As we often say, broadcasting is dynamic. Therefore, even the sixth edition of the code shall be reviewed at the appropriate time.”

He stated that the new code  included,“the provision raising the fine for hate speech from  N500,000 to N5m.”

Mohammed said the amendments were necessitated by a presidential directive for an inquiry into the regulatory role of the National Broadcasting Commission and conduct of broadcast stations before, during and after the elections.

The minister said the recommendations were approved by the President, Major General Muhammadu Buhari (retd.), to reposition the NBC to perform its regulatory role better, mostly in the areas of political broadcasting, local content, coverage of emergencies, advertising, and anti-competitive behaviour.

He noted that the reviewed code also had provisions on exclusivity and monopoly, prohibiting exclusive use of rights by broadcasters who intended to create monopolies.

He explained that sub-licensing and rights sharing created opportunities for local operators to also gain traction and raise revenue for their services.

Mohammed also noted the law prohibiting backlog of advertising debts would promote sustainability for the station owners and producers of content.

But following criticisms by  Nigerians, the senator said he would amend the bill to remove death penalty as the maximum punishment for hate speech.

The bill, which passed the first reading in November 12, 2019, has yet to progress to the second reading.

But the Minister of State (Transportation), Gbemi Saraki, in an interview with state House correspondents after the Federal Executive Council meeting in November 2019, said hate speech bill was already captured in the country’s cybercrime law.

Nine months after the controversy generated by the hate speech bill died down, the NBA, two SANs and human rights groups on Tuesday faulted  the Federal Government for hiking the fine for it.

The NBA described the astronomical increase in the hate speech fine in the newly introduced broadcasting code as an unconstitutional attempt to gag the press.

Edun said the 900 per cent increase in the fine  was anti-people. He stated, “This is an unconstitutional attempt at gagging the press. The press as the fourth estate of the realm plays the constitutional role of a watchdog of our democracy in the face of increasing impunity, seemingly official policy of disobedience of court orders, sheer exhibition of rascality by some of our security agencies and unbridled corruption in government.

“Gagging the press by increasing the fine for hate speech by 900 per cent is anti-people. The government should be more concerned  about how to improve the welfare of Nigerians, stop the senseless killings in the country and give the people some hope that they have a government that cares. It is the failure of these core responsibilities of government that causes disaffection in society.

“These are the root causes and that is what government should  deal with primarily, not scratching the surface.”

On his part,  a Senior Advocate of Nigeria, Mr Seyi Sowemimo, said penalty increment was not the best way for curbing hate speech in the face of widespread divisiveness in the country.

The SAN also doubted whether the fine could be enforced or not since it was imposed by a code made by the minister and  not by the National Assembly, which is the body with the constitutional powers to make laws.

Sowemimo said, “It is difficult to really define hate speech in the context of the ethnic animosity and divisiveness that pervade the land. I am not sure increasing the penalty from N500,000 to N5m is the best way of discouraging hate speech. The ethnic animosity and divisiveness that pervade our society are some of the things that make people make statements that are being termed hate speech. I don’t think hate speech is the real problem that we have in our country now and so, I don’t see that this measure will serve any useful purpose.

Also, Mike Ozekhome, SAN, described the increment in the fine for hate speech  as unconstitutional.

The constitutional lawyer warned that if the Federal Government ever attempted to enforce the provision, it would be challenged and outlawed.

He described the move as an expression of intolerance, despotism and dictatorship.