A young girl was washed away and killed during heavy flooding in Asaba, the Delta state capital yesterday Thursday, June 12th. According to eyewitnesses who sent the photos to LIB, the incident happened along the Redeemed junction in Okpanam road, in Asaba.

The young girl reportedly stepped into an open drain filled with flood waters and got swept away.

Her body was later recovered after the flood had stopped. 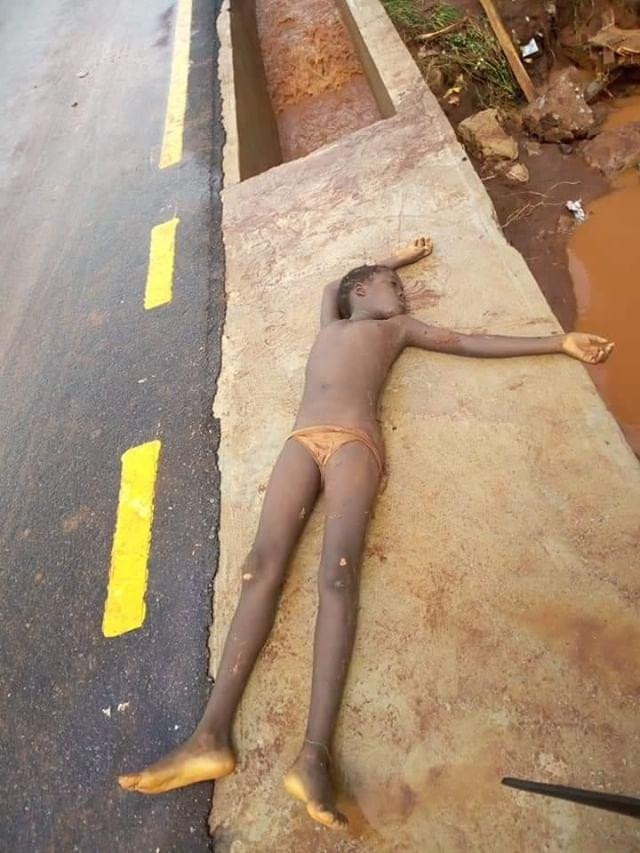