The Bayelsa State government-owned Broadcasting Corporation, Glory FM, was Tuesday morning razed by fire that was allegedly ignited by spark from the control room of the station.

WE4WE REPORTS investigations revealed that the sections of the station that were razed by the inferno included: accounts office, live studio, recording studio, control room and confidential documents, electronics, furniture among others.

Mr. Victor Binawari, a staff of the station who was on air at the time of the incident, said “I was doing my breakfast show ‘Rise and Shine’ when the lights went off. 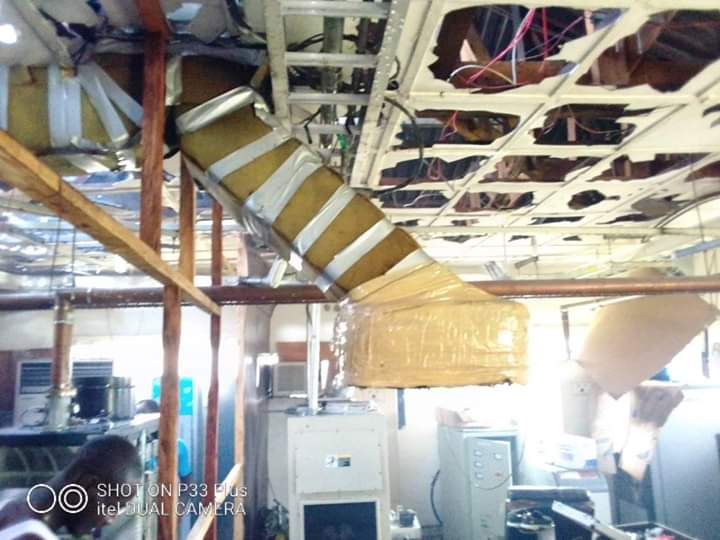 “I felt it was a minor technical issue we could fix, so we had to put on our touch lights and went on with the programme because the monitor indicated that we were still on air.

“It did not take long before I heard rumbling in the ceiling as if rats were up there chasing themselves. While I was wondering what was happening, one of our interns ran into the studio to alert us that the station was on fire.

“It was at that point I asked my guests to be calm and follow me out of the building. Only for us to get outside the studio to see that the building was seriously on fire.”

However, several attempts to have the Fire chief that led the team of Fire Fighters of the State-owned Fire Service, to comment on the extent of damage by the inferno proved abortive as he said he was not authorized to speak. 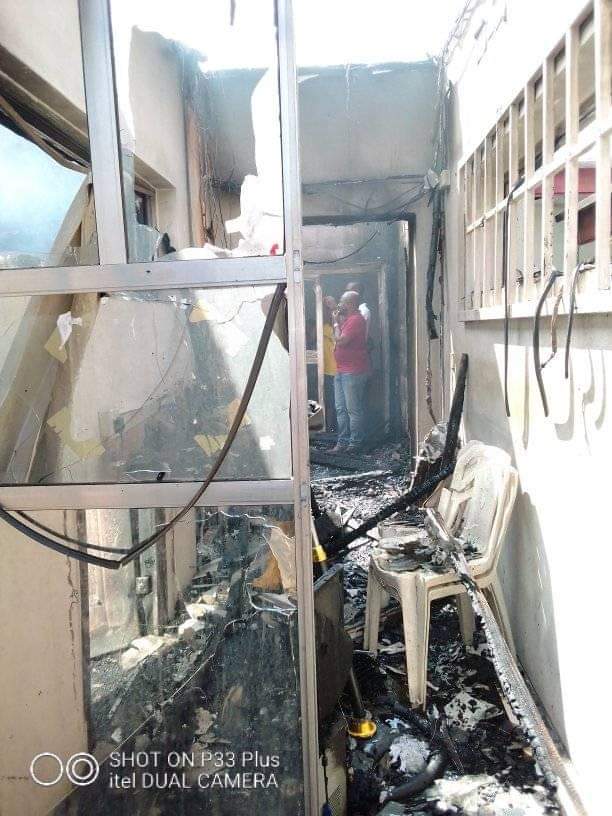 One of the early birds at the scene was the State Commissioner for Information, Daniel Iworiso-Markson, who was accompanied by all the top media aides to the State Governor.

Addressing newsmen after the fire was brought under control, Iworiso-Markson commended the courage and effort of fire fighters and sympathizers that brought the fire under control.

He further said, “We are grateful to God that no life was lost. As government, we are going to set up a committee to look into the root cause of the incident and report to the Governor for action. The state government would ensure that the station comes back on air as quick as possible.”

Markson said being one of the most formidable media outlets to disseminate information, the incident would affect the government and people of Bayelsa.

He however assured that everything will be done within the shortest time to ensure that the station comes back on air and appealed for calm from the staff, loyal listeners and clients of the radio station.

“It’s an unfortunate situation and we feel sad about it. Nevertheless, we have to move on. We will do what we can to bring the station back on air. It’s a pride to the state and we can’t afford to allow the people to be so disconnected for too long.

“I thank sincerely those who were here early enough to help the fire fighters to put out the fire and call on the staff not to be discouraged over this setback, we will surely get over it and be stronger and better,” the commissioner said.

The early morning inferno consumed the live studio, the production studio, the accounts department and other vital sections.