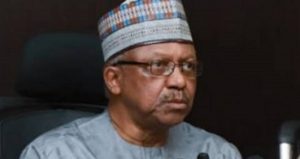 The Federal Government, on Thursday, stated that  it was disturbed by increasing rejection of patients by hospitals, saying medical directors would be held  responsible  for the laxity.

The Minister of Health, Dr  Osagie Ehanire, who stated this during a meeting involving the Federal Ministry of Health, the Federal Capital Territory Administration and medical directors in the FCT, also lamented that hospitals were delaying testing of  COVID-19 patients, leading to increasing coronavirus deaths.

Also, at its press briefing on Thursday, the Presidential Task Force on COVID-19   urged state governments  to prepare for the worst  because of the rise in the confirmed cases of COVID-19 in the country.

WE4WE REPORT had, last month,  reported that there had been a surge in COVID-19 cases following the delay by hospitals in releasing test results.

An Ibadan-based businessman, Mr. Omololu Akinyosoye, who  lost a friend to COVID-19,   told WE4WE REPORTS that he was tested at the Jericho Specialist Hospital, Ibadan, on June 17 and told to come back for the result in two  weeks.

Also, many hospitals have been abandoning patients. For example,  On May 7, WE4WE REPORTS reported that a man, Wisdom Akpan, accused the health workers of a primary health centre in the Joju area of Sango in the Ado-Odo/Ota Local Government Area of Ogun State, of denying his sister, Rose, treatment till she collapsed and died in front of the hospital.

Attend to emergency cases on stretchers, if there are no bed spaces, minister tells hospitals

Warning heads of hospitals on Thursday, the ministers said, “No emergency should be denied attention, even if it means admitting on a stretcher or an examination couch to give lifesaving oxygen. I appeal to all medical directors, who we have specifically invited here today for this message, that we shall hold each personally accountable for the outcomes emanating from your hospitals.

“You are to kindly ensure that patients are attended to with dignity and dispatch, in the spirit in which the Honourable Minister of the FCT and I have spoken.

“I understand that health workers are rightfully concerned about their safety in COVID-19 pandemic. So, we have provided the PPE (personal protective equipment), training and an infection prevention and control protocols for doctors and nurses to discharge their duties safely, without risks to themselves.”

The minister stated, “I have  also been informed that many patients are left unattended to after admission, or even  die, while waiting for the result of their COVID-19 or other tests, which sometimes take as long as three to six- days to be released.

“We, in the healthcare sector cannot, afford negative impact on our sector and must be mindful of the collateral damage that can befall us, wipe out disease control gains we have made in the past decades and threaten our not so strong health system.

“Efforts to control COVID-19 must not be at the expense of allowing other diseases that are equally life-threatening to begin to thrive and increase mortalities. It would be a serious setback, if medical services, especially emergency medical service, begin to deteriorate in the wake of fighting COVID-19.

“There are places today, where we suspect that needless mortalities from other diseases have overtaken the threat of COVID – 19. We are beginning to see that fear of or focus on coronavirus is making some health institutions lose sight of other health hazards in our communities.”

While stressing that the government was deeply worried that health practitioners were neglecting their patients mainly for fear of contracting coronavirus, Ehanire said he had also directed that basic diagnostic  laboratories  be set up at the emergency centres of major hospitals.

He said, “I have directed that  side labs for GeneXpert COVID – 19 diagnostic machines, which deliver results within one hour, should be deployed and activated at the National Hospital Abuja and the UATH (University of Abuja Teaching Hospital) in Gwagwalada. I also directed that basic diagnostic side labs be set up at the emergency centres of major hospitals.

“I am talking of the frequency of reports of very sick persons being rejected and abandoned by our hospitals. Many have died having been denied attention in hospitals, or told there is no bed, often after they have made marathon journeys from one hospital to the other in search of help.

“This is not acceptable, we cannot afford to continue to lose so many of our people, who have in fact found their way to a hospital, only to lose their lives to health conditions, some of which could have been cured.”

At the PTF briefing,  Ehanire said states must beef up their battles against COVID-19.

As of Wednesday, Nigeria had recorded 26,484 cases and 603 deaths caused  by the virus, while 10,152 patients had been successfully treated and discharged.

Ehanire called on state governments to continue to prepare more bed spaces, adding the cases would  rise with  increased testing.

He said, “We are urging state governments to prepare for the worst. This rising trend requires that each state of the federation to continue to prepare more bed spaces and increase sample collection sites, as well as improve logistics to deliver to designated laboratories promptly.

“It is also important to protect the vulnerable by putting in place measures which take care of their social needs and reduce their exposure to risks of infection.”

According to him, the rising number of cases is “a sign that COVID-19 is actually expanding faster than our systems are handing it.”

Ehanire also said COVID-19 positive persons, who did not show symptoms of the virus, would be admitted in hospitals, if they had conditions such as diabetes, hypertension, among others.

He stated, “The Federal Ministry of Health’s plan will be to focus more on minimising fatalities by prioritising pre-emptive admission to hospital for medical observation, for all persons who test positive for COVID-19 and meet our definition of vulnerability, even if they do not yet have classical symptoms.”

Ehanire said with the lifting of the ban on interstate travels, the assumption should not be that the COVID-19 danger was over.

The risks of being infected, he said, were higher during travels, advising Nigerians to avoid non-essential travels.

The chairman of the task force, Boss Mustapha, also said with the easing of restrictions, it was expected that there would be rise in cases.

He said, “One significant observation the PTF wishes to make is that new rise in cases are to be expected as nations start to ease restrictions.”

FG says those responsible for attack on FMC, Lokoja will be apprehended

Mustapha expressed regret over the Wednesday attack on the Federal Medical Centre, Lokoja and promised that the Federal Government would ensure that the culprits were brought to book.

He added, “The PTF has received, with great concern, reports about the attack on the Federal Medical Centre, Lokoja, Kogi State by some hoodlums.

“The PTF is particularly distressed and regrets the trauma to which medical workers, patients and others who went for their legitimate duties were subjected.

“I wish to assure you that security agencies have been tasked with the responsibility for fishing out the criminal elements behind it and they will be brought to justice. We thank law- abiding Nigerians for reporting the occurrence promptly.”

While answering a question, Ehanire said initial findings on the Madagascar’s drink touted as possible cure showed that the plant, which is the primary ingredient of the organic drink, is grown in Nigeria.

The minister said, “The preliminary result or analysis of  Madagascar’s  herb  done by the Nigerian Institute of Pharmaceutical Research and Development shows that it is the same plant called artemisia annua which is grown in farms in Abuja.

“Further research on its efficacy will be conducted when the grant for the research is approved.”

The task force’s National Coordinator, Dr Sani Aliyu, justified the government’s decision to retain the 10pm to 4am curfew despite the lifting of the ban on interstate travels.

Responding to a question, Aliyu said the strategy adopted by the PTF was to reduce social interactions as much as possible in a manner that had the least adverse effect on the economy.

He said, “When it comes to respiratory tract infection, what we are trying to do is to reduce the frequency of contact between people. So, anything you do that reduces that frequency will help towards reducing the risk of transmission.”

On when the railway would be opened, Aliyu said the sector must put in place the COVID-19 safety measures as was done in the aviation sector for reopening.

FG to involve NUT in  guidelines for reopening of schools

Meanwhile, the Minister of State for Education, Chukwuemeka Nwajiuba, said the Federal Government was engaging teachers in   the guidelines for  resumption of schools.

The General Secretary, Nigeria Union of Teachers, Mike Ene, had, in reaction to the guidelines by the PTF, told WE4WE REPORTS that teachers would not resume because the government was not serious with what it was  doing.

But Nwajiuba said, “We are engaging them (the NUT). We as a people review the information that is available to government and juxtapose that with the needs of children who are in the exit classes so that they may obtain the minimum certificates that they need in order to progress in future.”

Fanwo, in his statement, stated, “The Kogi State Government wishes to announce the passing away of Honourable Siaka Oyibo a few hours ago. Until his death, Honourable Oyibo was the Chairman of the Kogi State Security Trust Fund.”

The statement, however, did not indicate the cause of  Oyibo’s death, unlike the state Chief Judge, Justice Nasiru Ajanah, who reportedly died of COVID-19, but the governor insisted that he did not die of the virus.

It was learnt that the council chairman died at the Jos University Teaching Hospital on Thursday evening.

Dung said,  “It’s true. We were with him in the morning and he was also with some people in the afternoon and there was no problem. Later, we heard that they took him to  hospital only for us to hear this evening that he had passed away. It’s really said.”