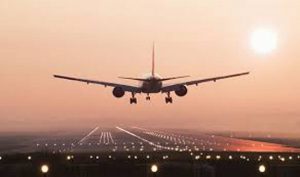 As domestic flight operations resumed at airports in Lagos and Abuja on Wednesday, travellers expressed mixed feelings as they waited to fly for the first time since March 23.

Though, they braved all odds to be at the terminals on time in order to get on with their flights; not many were pleased with coming in early and being delayed before flying.

Passengers who spoke with one of our correspondents at the GAT terminal in Lagos said they came three hours before their scheduled flights in tandem with the provisions of the Federal Airport Authority of Nigeria rules.

A businessman, Aminu Sumaila, said he came in quite early to observe all mandatory procedures.

Elvis Okonkwo who was also flying from Lagos to Abuja said he was not  pleased with coming in very early for his flight.

He said, “I was here 8am but my flight is by 11am. The process was very inconvenient due to transportation.”

Okonkwo also noted that the process was slow.

He said, “Everyone is afraid but we are looking to God and doing what is necessary. We are satisfied with the processes but it is very slow.

“If I don’t travel today, I would not be able to meet up with what I am doing. I am still going to return.”

On his own part, Sanusi Turai, another passenger who took the Arik Air flight to Abuja from Lagos said he would have at the airport later.

He said, “I came early but I didn’t need to. I should have come a little later.”

Turai who spoke regarding the scanty number of passengers boarding said people were still apprehensive about travelling hence the low turnout of passengers at the terminal.

He said, “Maybe because today is the first day and people are a bit skeptical about travelling as far as today is concerned. There is a pandemic. Everyone has to look out for themselves. People are a bit apprehensive.

“I believe once you have taken all the precautions, then everything else is left to fate. For me, my travelling confidence is very simple. I need to get to Abuja and I will get there. I still expect hiccup and if it doesn’t happen, fine.”

Checks by our correspondent showed that passengers adhered to social distancing and used their face masks through the boarding process.

He said, “The planes are not full. The first flight left above average and we will disinfect the second flight before it leaves around noon. It is a new normal; we have to cope.”

“Writing a plan is different from implementation. You can write a very beautiful plan but when it comes to actualising it, it can become an issue.”

Flight ARA720 with registration 5NMJQ operated by Arik Air from Lagos to Abuja was airborne at about 6.30am and flew 78 passengers and nine crew to the Federal Capital Territory.

“There were no issues with the passengers. Today, the cooperation and support have been very tremendous and highly appreciated,” he told journalists at the NAIA.

On his part, the Director-General, NCAA, Musa Nuhu, said preparations before the reopening of the airspace were thorough.