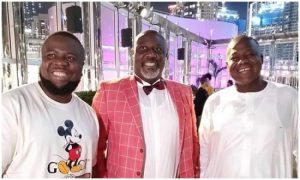 This was contained in a statement he personally signed on Saturday.

Umahi, who said some of his aides also tested positive for the virus, noted that they remained asymptomatic but have since self-isolate themselves in compliance with the Nigeria Centre for Disease Control protocols.

He also directed his deputy, Kelechi Igwe, to take over the administration of the state while advising residents to take all precautions outlined by health authorities to curb the spread of the virus.

WE4WE REPORTS had earlier reported that the governor sent in his samples after some government officials tested positive for the virus.