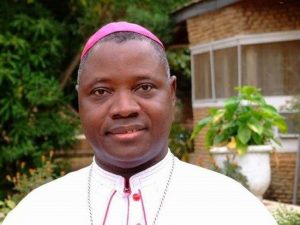 The Archbishop of Bendel Province of Anglican Communion, Most Rt. Rev Odiboghene Odutemu has called residents of Urhobo communities to defend their territory against suspected invaders going by the reports of farm crops destruction, rape and other activities of land invasion.

Odutemu made the call during the second session of the 8th Synod of Anglican Diocese of Ughelli Diocese (Anglican Communion) held at the All Saints Cathedral, Otor-Ihwreko, Ughelli in the Ughelli North Local Government Area of Delta State.

The Archbishop, while fielding questions from delegates during the plenary session, noted that the nefarious activities of the Fulani herdsmen in Urhobo land in the recent times have become issues of concern to well-meaning people.

He said, “Urhobo people should defend themselves against any land Invaders. Peaceful people should be tolerated, shown hospitality as we are one Nigeria. But rapists, land invaders, crops destroyers and the likes must be halted from our lands”.

Delegates to the 8th Synod of the Diocese had earlier observed with dismay the uncontrollable rate of destruction done to crops in Urhoboland as well as the barbaric ill-treatment metted to the Urhobo women by Fulani herdsmen virtually on a daily basis.

They expressed concern that the government and the security agencies had done little or nothing to checkmate the ugly trends.