Back in 2017, David Beckham caused a stir online when he shared a picture of himself kissing his daughter Harper on the lips. In spite of the outrage that singular act generated, the father is defying trolls to do it again.

At the time David was first seen kissing Haper, trolls tore into him, including Piers Morgan who called him “weird”. But David hit back a the trolls and said he is usually “affectionate” with all his kids and kisses them all. 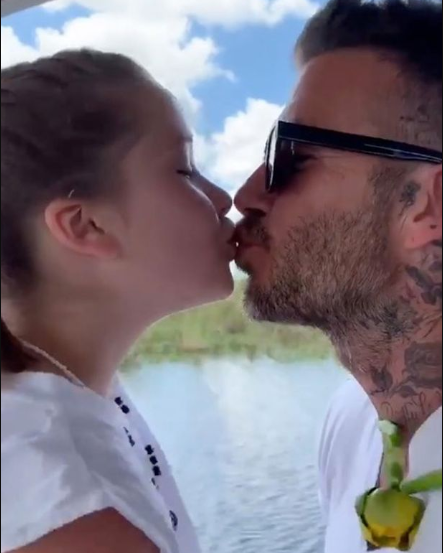 David has now been seen again kissing Harper, 7, while the family was holidaying in Miami recently. His wife, Victoria Beckham shared a video from their vacation and in it, David was seen giving Harper a kiss.