Football legend, David Beckham has been banned from driving for six months and been ordered to pay a £750 fine after admitting using his phone while driving in November 2018.

The 44-year-old former England captain was sentenced at the Bromley Magistrates Court today.

District judge, Catherine Moore who presided over the case gave him six points on his driving licence which already had six points on it from two previous speeding offences.

He appeared and confirmed his name as David Robert Joseph Beckham and gave his address as Holland Park, London. 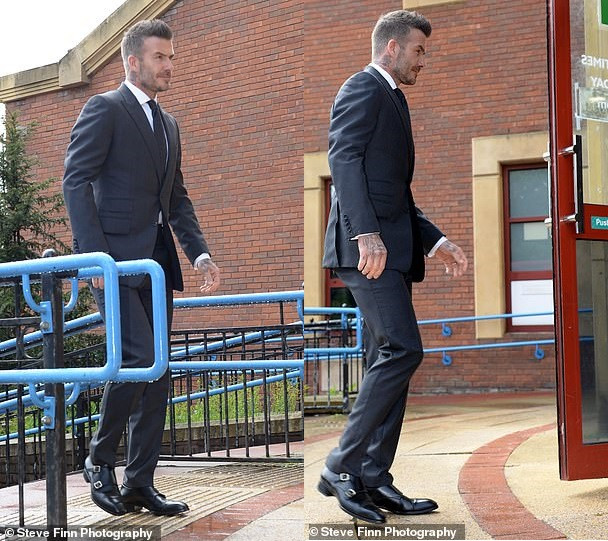 According to Dailymail, Judge Moore ordered Beckham to stand up and then said: ‘I take into account it was slow moving traffic but that’s no excuse.

‘It still creates a risk to others. I disqualify you for six months and that starts immediately.

‘That’s no driving a car or a motorcycle for a period of six months.’

She warned him that if he drove while disqualified it would be another offence.

‘On 21 November last year at 1pm the defendant was seen in a Bentley in slow moving traffic. He was seen by a member of the public looking at his lap.’

According to him, a member of the public spotted a mobile phone on Mr. Beckham’s knee and took photographs of him.

Defence solicitor Gerrard Tyrrell said: ‘Mr. Beckham has no recollection of the day in question or this particular incident. He has seen these photographs.

‘It looks like it was stationary traffic. That’s no excuse. As he can not remember he pleaded guilty which he has done.

‘Mr Beckham likes driving. He drives a lot. He takes his children to school each day when he can and he picks them up when he can.’