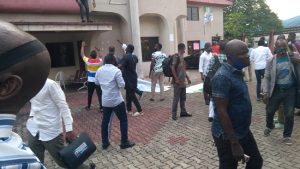 The crisis rocking the All Progressive Congress (APC) in Cross River State took a more dangerous dimension as councillorship candidates took to protest on Tuesday.

The aggrieved councillors took their protest to the factional secretariats of the party, destroying office properties after chasing away staff on duty.

Addressing members before embarking on the trip to the two factional Secretariats, both at Marian Street in Calabar Municipal of Cross River State, the Coordinator of the group, Comrade Effiom Yellow-Duke lamented what the forum members passed through in the hands of the factional leaders of the Party.

“We have written a letter to the National Caretaker Committee, gave them two weeks ultimatum expecting that they will resolve the lingering crisis in Cross River State APC but up till now, nothing has been done and they have not even called us or come here to resolve the crisis. 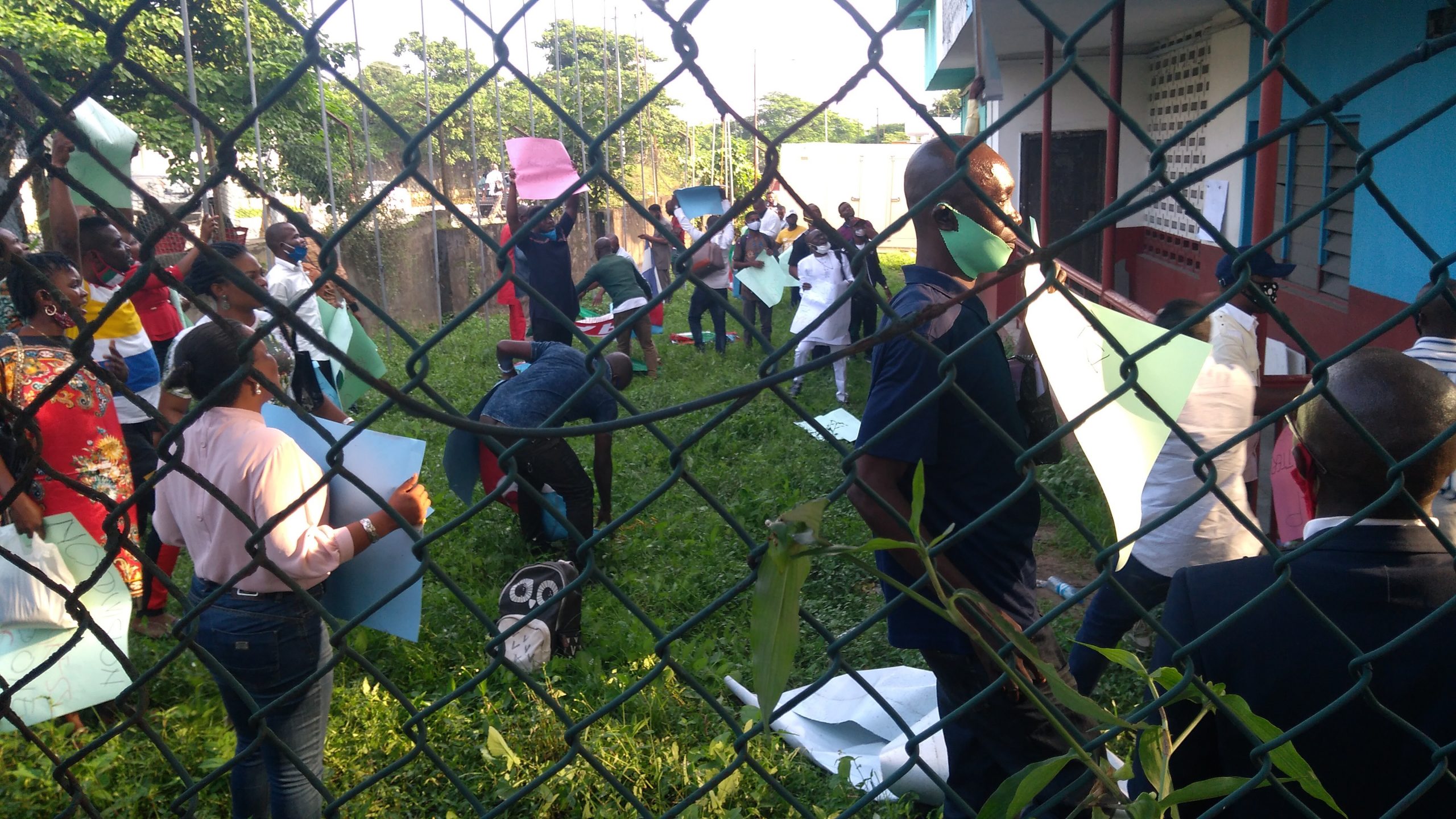 “Once we lock the secretariats, anybody that cuts our chains and keys, we will burn down the secretariats. We built the party from the polling unit in various wards, and at the end of the day, the party did not show us a platform to contest and win the elections. We bought forms from the two secretariats, did our tax clearance and every other thing, yet our party did not submit our documents or credentials to the Cross River State Independent Electoral Commission (CROSIEC).

“We built the party from the grassroot and in 2020, the party divided themselves into two factions. The party used us to make money and because of the factionalization, we lost the elections.”

The group added that “Our party leaders abandoned us, abandoned the process, and abandoned the party and the candidates. They are plotting again to extort money during the Senatorial and House of Assembly elections in the North, we cannot allow it. For now, we don’t have a state Chairman of the Party in the State,” the Coordinator stated.
. .
Consequently, on reconciliation, the group said, “A delegation from councillorship candidates’ forum must be part of the reconciliation process at all level in the state, so if they are doing any reconciliation and we are not aware, we have stated that clearly here and then, we will not allow that.”