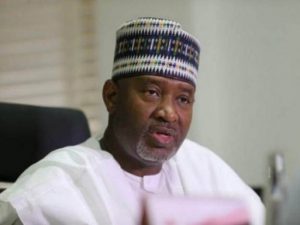 The National Association of Air Pilots and Engineers has cancelled its planned nationwide strike to protest the disengagement of over 100 of its members by the management of Bristow Helicopters Limited.

The company had on Tuesday lay off about 100 pilots and engineers and hinged its decision on plans to restructure the company amid the COVID-19 pandemic.

But NAAPE had on Wednesday threatened to ground flight operations for two weeks should the company management refuse to recall the sacked pilots and engineers.

The union, however, rescinded its plan after a meeting on Thursday with the Minister of Aviation, Hadi Sirika.

NAAPE President, Abednego Galadinma, confirmed the development in a statement issued in Lagos on Thursday.

Galadinma said the minister pleaded with the union to sheathe their swords, pending the determination of a meeting at the instance of the Ministry of Labour in Lagos today.

Earlier, another Nigerian airline, Air Peace, sacked over 75 pilots and also hinged its decision on the pandemic which has disrupted many businesses worldwide.

The aviation sector is one of the most affected sectors in the Nigerian business environment as the country’s airports and airspace were shut in March to curb the spread of the virus.

Most aircraft in the country have been in hangars, unused, until July when the Federal Government okayed the resumption of domestic flights. But even at that, most airlines say passenger figure is still low.