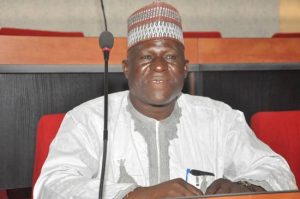 The two wives and child of a member of the Bauchi State House of Assembly, representing Dass Constituency, Musa Baraza, have regained their freedom, five days of being in captivity.

WE4WE REPORTS had reported that unknown gunmen had attacked and killed Baraza late Thursday night at his house in Dass and abducted his wives and child.

His abducted wives are, Rashida Musa Mante (40), Rahina Musa Mante (35) and a daughter Fausar Musa Mante (1) while four empty shells of life ammunitions were recovered at the scene of the murder.

The Chief of Staff, Bauchi Government House, Dr Ladan Salihu, announced the news of their release on his verified Twitter handle.

He said, “Alhamdulillah! The wives of Hon. Musa Baraza, Bauchi House Member murdered 4 days ago in Dass have regained Freedom.

“The one year-old baby abducted along with them is also released. Gov Bala Mohammed has directed Doctors and security to give them adequate care and attention.”

Bauchi State Police Command also confirmed the release of the abducted victims by its personnel who acted on reliable information volunteered by members of the public.