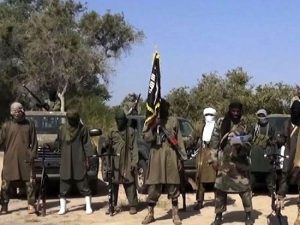 Ndarfa, who spoke on Sunday at the CAN Centre IDP camp, in Maiduguri, where he has been taking refuge alongside others displaced from Gwoza since 2014 by insurgents, begged for the release of the victims.

He said his daughter, Lami Jato, a 25-year-old graduate of Sir Kashim Ibrahim College of Education, and his niece, Renita Bitrus, and a tractor driver were abducted by suspected Boko Haram terrorists while on a farm at Tungushe village in the Magumeri Local Government Area of Borno State.

The septuagenarian said the terrorists, few days after the abduction, made contact through her niece’s cellphone, demanding N20m ransom for the release of the two women.

Ndarfa said the terrorist ignored his appeal for the release of their victims even after telling them that he was a 75-year-old blind man residing in a camp and finding it difficult to feed.

Ndarfa recollected that he had to flee his hometown, Gava in the Gwoza LGA in 2014 when the terrorists raided it and killed over 100 villagers.

According to Ndarfi, his abducted daughter is his only hope, adding that his three wives deserted him during the Boko Haram terrorists’ attacks on their village.

He said, “It was two of them; my daughter, Lami Jato and my niece, Renita Bitrus, who is married with two children; that were abducted by the Boko Haram terrorists.

“It is 15 days now since they were abducted when they went to farm in Tungushe, along the Maiduguri-Monguno road.

“Initially, they were seven in number at the farm, where they were abducted; five men, my daughter and my niece, but the terrorists later released four of the men and held one of the men, the tractor driver and the two women.”