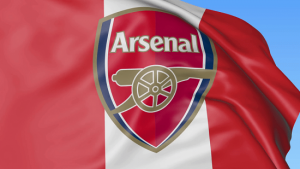 Arsenal on Monday completed the signing of youngster Tim Akinola, The Athletic reports.

The 19-year-old winger was released by Huddersfield last month.

Akinola has now been handed a deal to play for the Gunners’ U-23s, after the club’s staff were impressed with video analysis.

Arsenal have broken their ordinary procedure of offering Akinola a trial to instantly offer him a contract.

The move comes as Arsenal place an increased focus on recruitment of ‘development players’ between the ages of 18 to 21 under the guidance of Per Mertersacker and Lee Herron, head of their talent ID department.

Akinola is eligible to play for both Nigeria and England.

He becomes the second arrival this summer, after Willian also joined as a free agent.