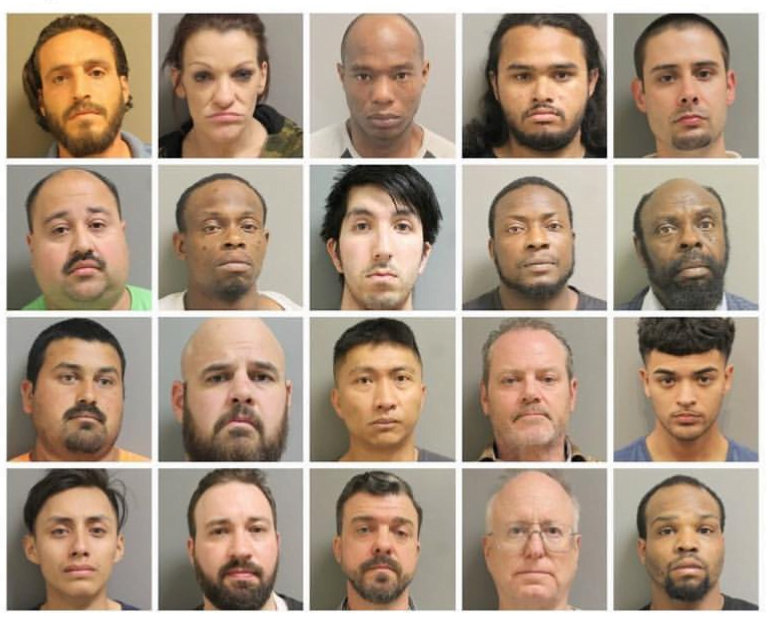 Dafe Sejebor, the former Group General Manager (GGM) of the National Petroleum Investment Management Services (NAPIMS) has been arrested in the United States alongside dozens of people in an undercover, human-trafficking sting conducted in the Katy area, Houston Chronicle reports.

Houston Police officer, Sgt. John Wall said during a press conference that 22 local, state and federal agencies partnered up for “Operation Tri Point” over the period of March 19-28 to tackle human trafficking in Katy and Fort Bend County.

Wall disclosed that 47 people were arrested in total; 27 of whom were females, 20 were males. Eight were confirmed victims and eight were charged with human-trafficking related offenses.

Wall said other charges such as sexual assault of a child, possession of a controlled substance and unlawful carrying of a weapon were also filed.

“What we know is that human trafficking is occurring. It’s not just an inner-city problem,” Wall said. “It’s occurring out in the suburbs. It’s occurring in smaller communities.”

The youngest victim was 16 years old and another victim was a runaway, according to Wall. He added most of the recruiting occurs online and through social media.

“I would say as much as 90 per cent [occurs online] and through social media,” Wall said. “Young adults spend an enormous amount of time on social media and they are vulnerable…They don’t understand the risk involved.”

Fort Bend County District Attorney Brian Middleton said the sting is a step in the right direction toward eliminating trafficking in the area.

Wall said the victims uncovered in the investigation will be given the appropriate support and services they need.

“We understand they are scared to come forward but we are going to do everything we can in our power to give them the services they need to move forward with their life,” Wall said.

Wall said the investigation is still ongoing and other possible victims could be uncovered.

“Through time hopefully we will develop more leads and identity other victims and that’s our goal in this operation. This process could take months”, he added.

47 thoughts on “afe Ejebor, ex-NAPIMS GGM, others arrested in US for sex trafficking”