An in-depth look at the issues surrounding the Igbos and their geographical space 50 years after the civil war. 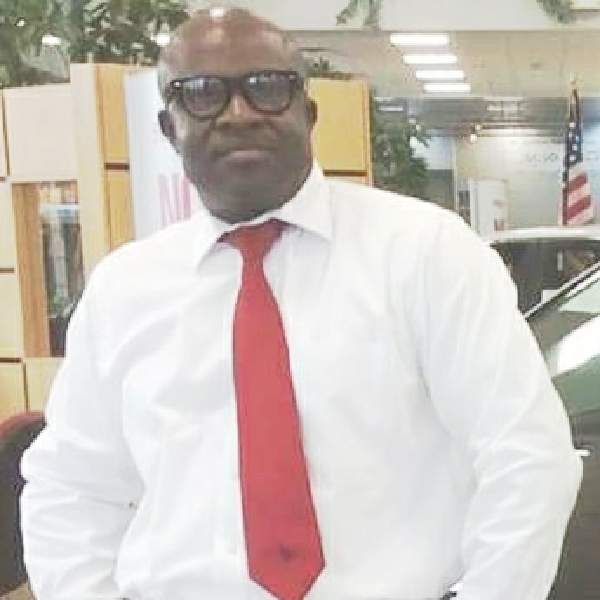 Permit me to express my sincere condolences for reawakening the deep scar of the war on the
Igbo families whose lives were forever altered as a result of the war and its aftermath. So many
families saw their loved ones for the last time during the war, many never had the chance or
opportunity for closure, many still hope that one day, just one day, their loved ones who
disappeared may walk back home. This is the reality of the Igbo man since after the civil war.
Their optimism for most part is fuelled by the belief in hope; the hope that perhaps those who
were shipped out as a result of the (CARITAS) to Gabon and elsewhere, who never came back
may suddenly reappear. While some families were able to reunite, others unfortunately, have
not been able to and they were not offered counselling to cope or deal with their trauma. It is
against this backdrop that this year 2020 which marks half a century after the start of the Biafran
war, the drum beats of the war is still imminent and the issues that gave rise to the war are still
ever present within the Nigeria federation.

There has not been a proper addressing of the issues and resolution after the civil war. The tag
of victor and conqueror stigma is still evident in the way Nigerians treat the Igbos. Although,
many would say that shortly after the war, the head of state of Nigeria, declared there was a “No
Victor, No Vanquished” This slogan was also used after The Yom Kippur war from October 6
to 25th, 1973 between the coalition of Arab states led by Egypt and Syria, but the difference
here is that it was a war fought based on religious affiliation and between nations. In the case of
Biafra, unlike the Yom Kippur which lasted less than 0ne weeks, the Nigerian civil war lasted for
well over three years and it was fought by citizens of the same country in which a section
wanted self autonomy and self rule. The venom with which the Federal government fought and
dealt with its own citizen in a bid to quell the conflicts goes against any standard accepted in the
international rules of engagement in conflict.

The irony and a confirmation of the federal government insincerity of purpose in announcing “No
Victor, No Vanquished ” was not hidden, even Gowon’s speech was marked by such a smirk
full of disdain for the Biafrans. Concurrent to this announcement, the newly appointed Federal
commissioner for Finance, Late Chief Obafemi Awolowo, declared that all Igbos, irrespective of
their Pre-civil war financial assets, were entitled to a maximum equivalent of just Twenty Pounds
at that time to rebuild their lives. As if this was not enough, the Eastern States that form the core
of Biafran stronghold was already balkanized into Rivers & Cross Rivers States. These it was
believed would further weaken future Igbo stronghold. Then deliberate efforts were made to
pitch these newly created states in the South East against their former neighbors and there after
the narrative of igbo domination was slowly sold and has remained till date.

Wth the introduction of the now infamous 3;Rs by Gowon followed by the Indigenization decree
of 1972, many have accused Gowon of complicity with the scheme of the South west headed by
Chief Obafemi Awolowo, to perpetually place the Igbos at a disadvantage in the economic strata
of the country. With only a token of Twenty pounds maximum for converting the Igbo assets,
one wonders how where the Igbos suppose to participate in the fruits of that famous

indigenization decree?. If Gowon was sincere in his post war Reconciliation ,Rehabilitation and
Reconstruction, there is nothing in his tenure after the war to support, other than rhetorics. He
never did a tour of the ravaged Eastern Nigeria, nor did he hold any type of town hall meeting
even at the high of the humanitarian crisis that was purposefully unleashed again fellow citizens.
Indeed, the Federal government blockade of Port Harcourt airport after its capture, reprevented
relief and humanitarian assistance to the entire Eastern Nigeria and today, those in the south
eastern minorities, have turned their back and blamed the igbos for the cause of their miseries.
The Igbo question of pre 1966 and post civil war has taken a newer fresh dimension with new
realities and logistics.

Since the war, even when Nigerans cannot come to agreement an issue, the only time that
Nigeria will find common ground on any issues besides soccer or sports, is if it involves the
Igbo, then you will find a common consensus. In the words of Chinua Achebe,” Nigeria of all
other ethnic groups will probably achieve consensus on no other matter than their common
resentment of the Igbos. They would describe them as aggressive,arrogant and clannish, most
would add grasping and greedy” ( Excerpt from No Victor, No Vanquished, by Prestin Ideh,
Stear News limited 2019).

The narratives that makes the case for Biafra agitation a more uphill task, beside the prejudice
against the Igbos, by her neighbors is the fact that the Igbos have not been able to tell their
stories, in a setting that is devoid of agitation for succession. The Nigerian government through
the instrument of the media and falsehood, have not told those who were born in the post Civil
war, the truth behind the war and the various roles some of the surviving leaders played in the
war and aftermath. For example, one of the narratives has been that the coup led by Late
Kaduna Nzeogwu was an Igbo based coup and it was intended by the Igbos to systematically
eliminate the Northern and some western leader so as to entrench an all Igbo federal
government. As a result, even those who are born decades after the civil war, grew up with a
preconceived prejudice of the Igbos been aggressive, overly ambitious, dangerous, greedy and
not to be trusted. As quickly as this false notion and narrative spread, other Nigerians began to
see the Igbos as “Non Nigerians” and “needed to be punished.” The Federal government has
not come out with clean hands as the maxim of equity demands. The actions of several key
players during the war has to be documented and taught to the new generation and appropriate
disciplinary measures taken and compensation made to victims. Let’s pause for a minute to
consider the following, why are the igbos still clamoring for separation after nearly fifty years of
the last seperation war? The simple answer is that the Igbos still feel marginalized and stifled
inside Nigeria.

The various successive government has criminalized the Igbo race and they have become
victims in anywhere they reside outside of the South East. There has never been any recorded
incidence of any Igbo person(s) or group accused of causing mayhem in their abode. It is
always the case of other fellow Nigerians attacking or taking their vengeance or prejudice on the
igbos such as been the case in the North viz: Kano riot, or even the case of Igbo deportation
from lagos to River Niger bridge or the threat of drowning the Igbos in Lagos or even the burning down of Igbo owned businesses in Lagos and the list goes on. There has never been
such a reprisal action on non Igbos residents in ny Igbo towns by their Igbo landlords or people.
The point here is that despite the prejudicial narrative against the Igbos, even against their style
of dressing aka Okoro; the igbo has been resilient and like every ethnic group, the igbos are not
the only ones who love money. One begins to wonder why everytime the Igbo says something,
it centers around separatism. Lets consider a few instances here, we have to admit that the way
the present structure in Nigeria was instituted by the successive Northern military led regime,
including the revised and amended 1999 constitution, the advantages are stacked up in favor of
a section both in representative government and the constitutional wilful prohibition on
restructuring or the power of the voters to effect a change through referendum. The Federal
government through the control of the security apparatus and judiciary and the police, are able
to curtail and strictly limit the freedom of speech of citizens. Since the end of the Civil war there
has been 18 inspector general of police and only Ogbonna Onovo (2009-2010) was of Igbo
extraction and her served for the shortest number of tenure, Although, it is speculated that Mike
Okiro (2007-2009) is from Imo state, but the central issue here is that the northern and Western
regions has produced three to four times the number of Inspector general of police and the
Eastern Nigeria has more police mounted road blocks per mile than the entire country.

During the 1966 declaration of Biafra republic, the core economic foundation for a viable
republic was based on the discovery of black gold (crude oil) in theEastern region, but today’s
reality is that the Igbo land does not have enough crude oil to sustain the viability of the
feasibility of the pre-civil war projection. The oil rich Rivers, Akwa Ibom, Delta, and Bayelsa
States, have seen a rise in ethnic nationalism and a rejection of any Iboness by them assures
them some form of control over their mineral resources. We have all seen that happen and it is
fuelled by the narrative that is subtly peddled against the igbos, such that the fear of perceived
igbo domination strengthens their resolve for ethnic independence.

This now leads to the what next plan of action? The dream of Biafra is not dead, it is in fact alive
and everyone has to play into the role, first we must realign and refine our morals, we must
accept the need to protect our homeland, thirdly we must hold our leaders accountable. The
dreams of Biafra like in the past, rest squarely on the shoulders of our elected leaders in public
office and the various town unions as the means of disseminating information. If the states in
the East are “crime infested” of “brazenly underdeveloped” due to we the people not holding
accountable those in charge of managing our collective wealth, there is no incentive that when
and if Biafra comes to realization, things will turn around. Charity begins at home. We cannot
repeat the same cycle and expect a different result based on changes in nomenclature. The
love of our people must be ingrained deeply by all and we have a duty to teach our children that
value. All Easterners must be able to tell their children and descendants the Biafran story that is
undiluted.

In 1979/83 after two attempts to clinch the presidential election in Nigeria, the only Eastern
candidate of Igbo extraction, late Dr Azikiwe said that the igbos have become the beautiful bride
of Nigerian politics. The meaning of that saying was lost to many Nigerian because of the
flamboyance of the expression. The expression was not an endearment or advancing the cause of the Igbos in Nigeria, but it significantly points out that rather than the Igbos becoming the
groom, a position which entitled them to choose and decide what direction to follow, they have
become the bride to be chosen and told what direction to follow. This is the time and season for
reflection on the path to actualize the dream of creating a viable state or region for our people.