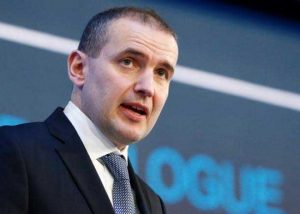 Iceland’s President Gudni Johannesson has been re-elected with a whopping 92 percent of the vote, according to final results released on Sunday.

The former history professor won his second four-year term in the largely symbolic position in Saturday’s vote, the second election held by a European country after coronavirus lockdowns were lifted.

Since suffering spectacular bank failures in 2008, the volcanic North Atlantic island of 365,000 inhabitants has recovered some economic and political stability, which worked in the 52-year-old independent’s favour.

“I am honoured and proud,” the president told AFP in Reykjavik on election night.

“This result of this election is, to me, proof of the fact that my fellow Icelanders… have approved of how I have approached this office.”

The dominant win had been predicted by opinion polls, which had shown the president winning between 90 to 94 percent.

Voter Hjalmtyr Heiddal told AFP on Sunday that he “very happy” with the winning margin because “it means that 92 percent of Icelanders want this type of president who does not take sides and is simply neutral.”

It is the second-highest margin of victory in the history of Iceland’s presidential elections.

Vigdis Finnbogadottir, the first woman in the world to be democratically elected as head of state, holds the record, winning re-election in 1988 with 94.6 percent of the vote.

In this parliamentary republic, the president is largely symbolic, but he or she does have the power to veto legislation or submit it to a referendum.

However Johannesson has said he would limit himself to two or three terms at the most.

Turnout for Saturday’s vote was 66.9 percent, dropping from 75.7 percent during Johannesson’s first election victory in 2016, when he became the country’s youngest president since independence in 1944.

The coronavirus pandemic had not been expected to affect voting, as the country has been only mildly infected. It has reported 10 deaths, and currently has around 11 active cases.

Challenger Jonsson is a former Wall Street broker close to Icelandic nationalists and a vocal fan of US President Donald Trump.

He campaigned on wanting Iceland’s president to play a more active role by exercising the right to veto legislation campaigns, but struggled to gain traction with voters.

“I send my congratulations to Gudni and his family,” Jonsson told public broadcaster RUV.