26-year-old Adewura Latifat Bello who went missing on May 15, 2019 in Lagos, has been found dead.

On the day of her disappearance, the young lady left the office around past 6 with a colleague who dropped her off at medical road opposite Ikeja bus terminal to get a bus. Her family said the last information they had about her was that her phone was tracked to Badagry.

According to Twitter user,  @OfficiallBmax, he said Wura’s body was discovered in a canal. 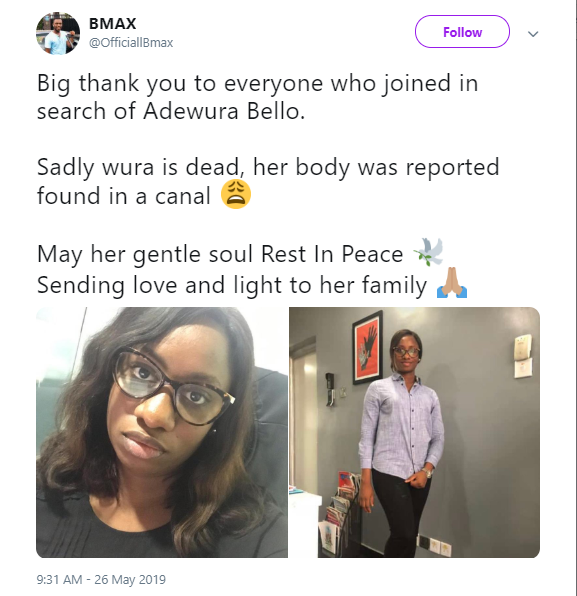